FF Senator distances himself from criticism of Averil Power 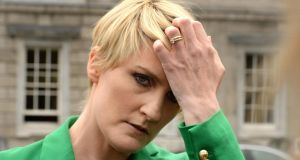 He said, in a statement, he regretted Ms Power’s decision to quit Fianna Fáil.

“As a party colleague, she presented us with challenges, while adding to the diversity and urban appeal the party needs,’’ he added.

“I supported her progressive initiatives and admired her strong work rate.’’

Mr O’Sullivan’s remarks are seen in Leinster House as a move to distance himself from some of the harsher criticism of her from some within the party.

Ms Power resigned from Fianna Fáil last week amid strong criticism of what she considered to be its inadequate Yes campaign in the marriage equality referendum.

Mr O’Sullivan would be seen as a supporter of Ms Power’s liberal social policies but also close to Micheal Martin and a strong supporter of his leadership. He played an active role in the recent Carlow-Kilkenny byelection which was won by party candidate Bobby Aylward.

Mr O’Sullivan said Mr Martin gave Ms Power every support, not least in ensuring her election to the Seanad in 2011.

“He was very aware of her unique appeal and she got more leeway than most from Fianna Fáil,’’ he added.

“I fear she was too focused on the issues which were important to her, but the strength of any party is its collegiality in team work.’’

Mr O’Sullivan said he believed Ms Power had a bright future in Irish politics and he wished her only the best.