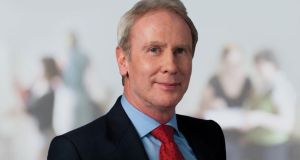 Eamonn Maloney (Labour): introduced Private Member’s legislation allowing for the sale of criminal assets in two years rather than the current seven years.

Money obtained by the Criminal Assets Bureau (CAB) should be used to fund Garda resources in investigating major crime, Labour TD Eamonn Maloney told the Dáil. “If there was a shortfall in resources, then this could represent welcome funding for that area of policing,” he said.

Mr Maloney was introducing Private Member’s legislation allowing for the sale of criminal assets in two years rather than the current seven years. He said that an interlocutory order had to be in force for at least seven years before the disposal of assets, and the reduction to two years could bring about a once-off injection of cash into the exchequer.

“This Bill will assist the Criminal Assets Bureau in its important work of seizing the profits of crime, particularly in respect of those involved in the illegal drug business,” Mr Maloney added. “I believe the period of seven years is too long.’’

He said that while he understood why the seven-year period was included in the original Act, he believed that there was now an opposing view on the matter.

Mr Maloney praised the work of the Criminal Assets Bureau, the Revenue Commissioners, the Garda Síochána and Department of Social Protection officials. “They do a very difficult job very well and I have no hesitation in paying tribute to them in this debate,” he said. “They have seized much revenue from those who have illegitimately accumulated large financial reserves and assets such as houses, cars and boats.”

Minister of State for Justice Aodhán Ó Riordáin said possible improvements in the proceeds of crime legislation were being examined by an expert group in the department. The issues under review included reducing the amount of time which must elapse before frozen criminal assets became the State’s property, he added.

The Minister said the Government would not oppose Mr Maloney’s Bill at second stage as the general thrust of his proposal was under consideration. The proposal would be considered, Mr Ó Riordáin added, in the context of the review under way and in any emerging proposals included in Government legislation.