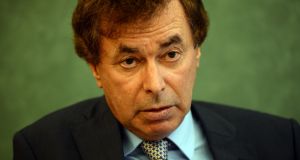 Alan Shatter: has called for the O’Higgins report to be published immediately. Photograph: Cyril Byrne

The O’Higgins report is the latest into controversies in the justice and policing areas over recent years.

A previous report, carried out by Seán Guerin SC, into the claims by Garda whistleblower Sgt Maurice McCabe led to Alan Shatter (pictured) resigning as minister for justice.

Mr Shatter has said Taoiseach Enda Kenny “encouraged” him to resign following the publication of the Guerin report, which was essentially a scoping exercise that recommended a full blown commission of investigation.

The O’Higgins report is the result of that commission of investigation.

Although Mr Guerin found it was beyond his scope to make any determination of the complaints made by Sgt McCabe, his report said there was “cause for concern as to the adequacy of the investigations that have taken place into those complaints, and as to whether all appropriate steps have been taken”.

Mr Shatter feels the Guerin report damaged his reputation and has called for the O’Higgins report to be published immediately.

The retirement of former Garda commissioner Martin Callinan came about following the emergence of the taping of phone calls at Garda stations.

Mr Callinan retired in March 2014, and the government established a commission of investigation into the taping issue chaired by Mr Justice Nial Fennelly.

Its investigations into the taping issue are ongoing, and it is due to report by September, although it may request an extension of time.