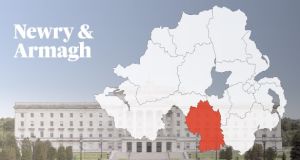 An SDLP assemblyman has said the party was “incredibly naive” to expect to win two seats in Newry and Armagh.

Former All-Ireland GAA winner Justin McNulty said the party got it wrong and acknowledged it was a moment tinged with sadness as he celebrated his own election.

Karen McKevitt moved from South Down to contest the seat but failed by quite a margin.

“We thought we were in the hunt, maybe naively and foolishly so, with hindsight we were incredibly naive to think that we could get two seats,” Mr McNulty said.

The Mullaghbawn sportsman won an All-Ireland title with Armagh in 2002. He ended a decade-long career with Armagh’s senior footballers in 2005 and has since managed a number of clubs and county teams, most notably Laois, where he was in charge for three years up to 2013.

He said he was determined to get things moving at Stormont – including the construction of a new and expanded GAA stadium at Casement Park in west Belfast.

But Sinn Féin comfortably took three seats in the constituency for Conor Murphy, Cathal Boylan and Megan Fearon, and are again set to dominate the Executive with the DUP.

Mr McNulty said he was determined to improve the quality of the roads around Armagh City and reinstate the rail link with Portadown.

One wag suggested he could share a lift to Stormont with Danny Kennedy, the Bessbrook Ulster Unionist, after his spell as Regional Development Minister. Mr Kennedy will be a heavyweight presence in the UUP’s team at Stormont.