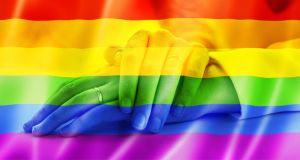 Unofficial tallies indicate the same sex marriage referendum will be passed in both Limerick constituencies.

Almost two thirds of people in Limerick city voted in favour of the marriage referendum.

According to tallies the highest Yes vote in the two Limerick constituencies was recorded at one booth in Monaleen National School where 79 per cent of people voted in favour of same sex marriage.

There was also a high percentage of Yes votes cast in polling stations in the working class areas of the city including Moyross, Southill and Ballynanty where it averaged at 70 per cent.

Some of the more affluent areas of Limerick also saw significant numbers supporting the referendum including in the North Circular Road area were Yes votes at JFK national school averaged at about 70 per cent.

“What is more important, is the key message of equality and inclusion for the LGBT section of our community in Limerick.

This campaign energised and brought a whole new generation of our young people onto the electoral register and into politics and voting for the first time. We need to keep them engaged. This results shows that change is possible,” he added.

Though the margin was tight, support for the marriage equality referendum in the predominantly rural Limerick Constituency, represents a significant shift given its socially conservative bias in parts of the county.

Some 20,322 people voted Yes in the Limerick Constituency representing a percentage of 54 per cent.

While there was a significant percentage of No votes recorded in some rural boxes, tallies of one box in Doon National School in East County Limerick indicated 77 per cent of Yes votes.

The highest number of No votes in County Limerick were recorded in Dromcollogher with 57 per cent of voters rejecting the proposed amendment.

Other parts of the county that voted No included Broadford, Raheenagh, Rathkeale and Ballingarry though only by a per cent or two.

“There are conservative pockets and there are also liberal pockets in Limerick, as you move towards the city, it tends to get less conservative. But when you move out, it gets more conservative and that’s the way I have always read it.

“Since previous referendums, there has been more openness and understanding of social issues and the need for change.

There was a strong campaign put in by the ‘No’ side in relation to issues that were being dealt with that weren’t in the vote. Many people would have voted ‘Yes’ for the fear of issues which were being campaigned on.”

Minister for the Environment and Labour Party deputy leader Alan Kelly has described the result in the same sex marriage referendum as “fantastic” and said he was proud of both the country and his native county Tipperary.

Both constituencies in the county, which will be united for the next general election, voted to approve same-sex marriage. North Tipperary recorded a 54.68 per cent Yes vote while South Tipperary voted 55.12 per cent in favour.

The turnout was 62 per cent of all voters in the north and 58.7 per cent in the south, but, as there wasn’t a comprehensive tally of all votes carried out by the political parties there is not a breakdown of votes for each area.

“Ireland is now the first country in the world to vote for marriage equality by popular vote and that’s an amazing thing to say,” Alan Kelly said. “I’m very proud as a member of the government and very proud of the Irish people.”

Tipperary has been among the three “most conservative” counties in the country based on previous referendum results, Mr Kelly said.

“But having said that, this was a different type of referendum. This was a referendum about fairness, about equality, about love… I think the message got through to everyone and the people of

Tipperary responded like I always knew they would. The people of

Tipperary are very decent people, they studied the issue and they made their decision and I’m proud of them.” One of the few Oireachtas members to declare against the referendum was independent TD for

Tipperary South Mattie McGrath congratulated the Yes side on their victory. He denied, however, that he had made a political mistake by campaigning and voting No.

“I never expected it to be much better, with the whole weight of the political establishment and public sector [in favour], Google, you name it, the Garda Representative Association. You couldn’t fight that and move that mountain… I thought it might be even worse.” Fine Gael TD for

Tipperary North Noel Coonan and Minister of State Tom Hayes, a Fine Gael TD for the south of the county, were present at different stages of the count in Thurles and welcomed the result. Meanwhile, both Tipperary constituencies rejected the proposal to reduce the age for presidential candidates, by majorities of more than three to one. Conor Kane

The resounding Yes vote in Clare was not limited to the urban areas of Ennis and Shannon but extended to remote parishes in Loop Head and along tourist havens in north Clare.

The result for Clare showed that 58.3 per cent of voters voted Yes with the largest Yes vote occurring in one box in the east Clare village of Quin with 83 per cent of votes. It was obvious from early on that Clare would be voting Yes and an emotional Senator Tony Mulcahy (FG) said at the count for gay people ‘to struggle no more, you are now accepted as equal’.

As the tallies streamed in early on Saturday morning at the courthouse in Ennis, Senator Mulcahy that “this is a country where I want my grand-children to grow up - in an inclusive Ireland.”

Later at the count centre, Deputy Timmy Dooley (FF) declared that “the Irish people have come of age”.

The tallies showed that Senator Mulcahy’s own area of Shannon polled consistently very strongly with a number of boxes hitting the 70 per cent mark while Ennis and large pockets of east Clare were a strong Yes.

The second highest Yes vote was in the north Clare coastal village of Ballvaughan with Doolin and Lahinch also showing strong Yes votes. Home to ‘The Outing’, Lisdoonvarna’s LBBT festival delivered a 59 per cent Yes vote while the remote parishes of Kilbaha and Cross on the Loop Head peninsula also voted Yes.

Senator Martin Conway (FG) said that the results “put the bed the notion of an urban rural divide”. The tally show that of the 145 boxes tallied, only 19 voted no and they were mainly based in west Clare.