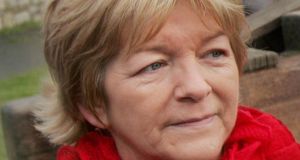 Anne Ferris: Wicklow TD said that Labour should allow its TDs a free vote and that the issue of constitutionality could be teased out at committee stage. Photograph: Matt Kavanagh/The |rish Times

There are indications that some 14 Labour TDs who co-signed a letter calling for abortion to be permitted in cases of fatal foetal abnormality will not support the Government when a vote is taken on the issue tomorrow.

A number of those involved in the 2012 letter have publicly questioned whether the assertion that a Bill sponsored by Independent TD Clare Daly is unconstitutional is a strong enough argument for its abandonment. Those who have indicated they may be minded to defy a whip include Wicklow TD Ann Ferris and Clare Deputy Michael McNamara, both of whom also argued in favour of the whip not being applied on this issue.

The Dáil will vote tomorrow on the Bill, which would allow a termination in cases where two medical professionals certify that a foetus has a condition that would not give it any prospect of viability outside the womb.

The private members’ Bill has been drafted and sponsored by Clare Daly. Sinn Féin has said it will abstain the vote after the second stage reading while Fianna Fáil will not impose a whip and will allow its TDs a free vote.

However, the Bill has caused what was described as “turmoil” within the Labour parliamentary party, where a majority supports legislation to deal with cases of fatal foetal abnormality.

The party leadership will brief party TDs ahead of the crucial vote. It will rely on the advice given by Attorney General Máire Whelan that the Bill as forwarded is unconstitutional and will need a referendum. On that basis, it cannot accept it. Both Coalition parties have said they are not willing to hold another referendum during the lifetime of this government.

There have been calls within Labour for a free vote on the matter but its leadership is not expected to grant the request. According to senior party sources, the party cannot in all conscience demand a free vote when the whip applied by Fine Gael on the X case legislation ensured its passage through the Oireachtas.

A number of TDs were expelled from the Fine Gael parliamentary party for opposing the legislation.

Ms Ferris said yesterday that Labour should allow its TDs a free vote. She said the issue of constitutionality could be teased out at committee stage to see if any amendments could be made. “I am not convinced it’s unconstitutional. The Attorney General’s opinion is one legal opinion,” said Ms Ferris.

For his part Mr McNamara said it was his view that it was probably unconstitutional as it was but asked was it the correct way forward to abandon it. He said there were other ways available to the Oireachtas to amend it and bring the legislation back into the constitutional sphere.