Labour TD says front bench has failed and should resign 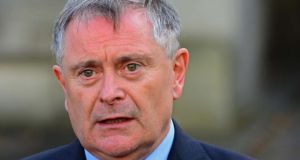 Brendan Howlin: Clare deputy Michael McNamara said the entire front bench of the Labour Party “has failed and needs to go en masse, with the exception of Brendan Howlin”.

He said the party’s ministers are “tired, bereft, out of ideas and out of touch with the generation that voted for us”.

If Labour did continue in office “we should do it on our terms and not just implement Fine Gael’s manifesto”.

Numerous TDs also privately criticised the advice being given to Mr Gilmore, and the advisers in his inner circle.

Mr McNamara singled out promises made before the last general election as a key failure. He said individual candidates were told not to make personal commitments during that campaign. “They told us not to make promises or sign pledges,” Mr McNamara said. “I didn’t make any in Clare and I’d come home from an evening canvassing and I’d turn on the news and be aghast at the promises they were making.”

The regular meeting of the Parliamentary Labour Party is scheduled for Wednesday, and parliamentary party chairman Jack Wall said all issues arising from the election would be up for debate, including the leadership of the party.

Waterford TD Ciara Conway said Labour had lost some valuable councillors and had strayed from its core values.

“The party is no longer the party I joined,” Ms Conway said. “There are a lot of things we could do. I want to to talk to my colleagues and members of the party.”

Cork South-West deputy Michael McCarthy said the party needed to work on a programme of delivery with Fine Gael, which would outline realistic promises which could be delivered before the next general election. He said this must include easing the Universal Social Charge (USC) bands.