John Halligan says he would help with assisted suicide

Independent Minister of State calls for prostitution to be regulated 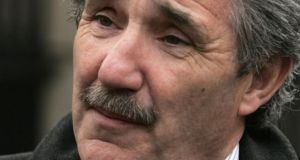 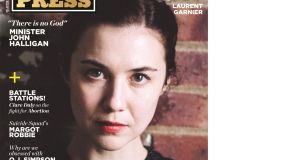 Minister of State for Innovation John Halligan says he believes in assisted suicide and would help someone if they were terminally ill and in pain.

The Independent Waterford TD says has written an assisted suicide Bill which he hopes will be introduced shortly.

“The objective of the Bill is that people who are terminally ill, who will die within six months, who are going through insufferable pain, that they should have a right to die,” he told RTÉ’s Today with Sean O’Rourke show.

“It’s not criminally wrong to commit suicide in Ireland but it’s wrong legislatively or criminally if you help someone, if you assist somebody with suicide. I think that’s terrible.”

While he is optimistic about the Bill being passed, he said that it is “probably a step too far in a relatively conservative country that it would be passed on first go. It probably won’t be but it will be interesting to see how many people vote for it.”

Mr Halligan said that he has stipulated in his will that he would like to be helped end his life if he is diagnosed with a terminal illness.

“I would certainly give them all the details regarding Dignitas in Switzerland, how to get there. Even as I say this, it is probably illegal to do that. What the heck, I believe in it. So I’m not going to shrug back from it. If I believe in assisted suicide , I have to go through and believe that I would help people... I think I probably would help them yes.”

He said there were safeguards in the Bill such as an independent second opinion and that he would be willing to listen to amendments from any body or any party to the Bill.

Mr Halligan’s comments come the same week as he was quoted in a Hot Press interview saying that people who use prostitutes should not be criminalised, adding that sex workers should be regulated and subject to regular health checks.

Mr Halligan said he had met representatives from the Turn Off the Red Light organisation who advocate prosecuting those who seek prostitutes.

“I think that’s a bad way forward. My worry with this legislation is that, were you to make it illegal for a man to see a prostitute, it will drive it underground,” he told the magazine.

“Why would we want to fine somebody or make it a criminal offence for two consenting adults to have sex? Isn’t it a natural instinctive reaction to enjoy sex, to enjoy pleasure?

“So, they’re told, ‘no!’ So, there’s an opportunity for them maybe to pay for it and we’re saying ‘no’! That’s cruel. For men or women, that’s cruel. So, I think, absolutely. It should be regulated,” he said.

Mr Halligan acknowledged that prostitution in its current form leads to exploitation, but that it should be regulated. “You are not going to stop prostitution,” he said.

During the interview, Mr Halligan compared what he describes as the extreme end of the anti-abortion movement in Ireland to Islamic State.

He said he was ‘hurt’ by threats made against him because of his stance on abortion, saying that he had taken advice about some comments made on Facebook page by people he describes as “bastards”.

The Minister of State for Training and Innovation and two Independent Alliance colleagues defied the Government whip on a recent motion to repeal the Eighth Amendment to the Constitution.

Later, he made a complaint to gardaí after a threat was made against him. “Some lunatic said I should check for a bomb under my car every day. There’s a minority of people in the pro-life movement who I call a mob and they go mad when I call them that, so print that, they’re a mob. There was stuff that came up on my Facebook page.”

“These idiots put up on Facebook and that here I was standing with disabled children and I wanted to kill them… I have taken legal advice on that with the bastards, quote me if you like.

“Could you imagine those people in power? Oh Isis here we come,” he added.

He also also said he supports Simon Coveney as the next Fine Gael leader.