Presidential candidate gave €41,000 salary to separate charity in New York she founded in 2015 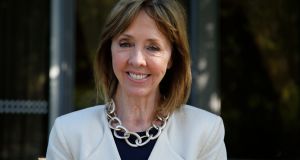 Joan Freeman said she would donate her €66,277 Seanad salary to Pieta House, where she had served as chief executive until the end of 2014. Photograph: Nick Bradshaw/The Irish Times

Presidential candidate and Independent Senator Joan Freeman did not donate her Seanad salary to the suicide prevention charity she founded, Pieta House, as she pledged to do.

Ms Freeman was appointed to the Seanad in May 2016, as one of then taoiseach Enda Kenny’s 11 nominations to the Upper House. She was nominated by Fianna Fáil leader Micheál Martin, under a deal where the opposition leader chose three appointments.

Shortly after her nomination, Ms Freeman stated she would donate her €66,277 salary from the role to Pieta House, where she had served as chief executive until the end of 2014.

Ms Freeman instead donated €41,000 to Solace House, a separate New York-based charity she set up in 2015.

A spokeswoman for Ms Freeman said the donation amounted to her full Seanad salary “after tax and pension deductions, which Ms Freeman was obliged to deduct”.

The US charity first started as a pilot in 2015, launched by Pieta House Ireland. Financial statements from Pieta House state the US service would be an “arm's length domestic not-for-profit corporation” incorporated in New York. The project was initially funded by a €72,258 grant from the Department of Foreign Affairs. *

In a May 2016 Facebook post, Pieta House congratulated Ms Freeman on her Seanad appointment, and said it was “proud and supportive of Joan’s decision to give the whole salary that goes with the role of Senator back to our life-saving service”.

Commenting at the time on donating her salary Ms Freeman said “I was appointed a Senator because of Pieta House so it’s only right that Pieta House and the community benefit as a result of this”.

The charity provides help and support to people suffering from suicide ideation or who self-harm, and organises the annual Darkness into Light fundraising walk.

Solace House is a counselling charity set up to offer support services to the Irish diaspora.

Ms Freeman has donated her Seanad salary to the American charity from May 2016 to December 2017, a spokeswoman said. The charity was first incorporated as Pieta House Inc as a pilot programme, before it was named Solace House.

Separately, Pieta House has warned staff and volunteers to avoid wearing charity branding if canvassing during the presidential election.

The charity recently sent an internal note to staff and volunteers warning that their support of any election candidate should not be “associated in any way with the employee’s or volunteer’s work at Pieta House”.

The note warned the “employee/volunteer must also not wear clothing or have materials that would lead the public to believe that the person is representing Pieta House”.

“Confusion in the minds of the public could pose a risk to the charitable status of Pieta House. The consequences for Pieta House, should it be in breach of charities law, would be extremely serious,” the memo stated.

In a statement to The Irish Times, Ms Freeman said she “absolutely” agreed with the guidelines issued by the charity.

“In the early stages of my campaign, I became aware members of the team had contacted Darkness into Light volunteers seeking support for my nomination by using my mobile phone contacts. As soon as I became aware of this I issued an instruction not to do so,” she said.

* This article was amended on October 1st, 2018 to provide more detail.