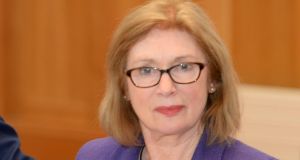 Minister for Education Jan O’Sullivan is poised to reduce the pupil-teacher ratio in the upcoming budget. The Irish Times has learned that Ms O’Sullivan has secured approval from the Department of Public Expenditure to hire additional teachers to reduce the ratio at primary school level. It currently stands at 28:1, and the Minister has been granted €18-20 million to cut it to 27:1.

Ms O’Sullivan has previously insisted this was a “personal priority” for her and vowed to change it as soon as funds became available. A spokesman for the Minister said the budget negotiations were still under way and insisted nothing had been agreed.

Enrolments in mainstream primary classes are to continuing to grow, with 533,000 additional children entering the system last year.

The Irish National Teachers Organisation has called for an immediate reduction in class size in Budget 2016. The union also wants to see changes to bring Irish classes to European levels within the next five years.

Ms O’Sullivan is also seeking funding for a five-year school-building programme in the upcoming capital plan.