Irish Water gets funding for 1,100 redundancies 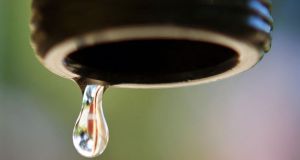 The annual standing charge for water will be €50 per house, or less, with the average yearly bill expected to come in below €300, The Irish Times has learned Irish Water to get sufficient funding for voluntary redundancies among local authority staff over the next six years

Irish Water is to be given enough money to fund about 1,100 voluntary redundancies from local authority staff over the next six years.

A memorandum brought to Government by Minister for the Environment Phil Hogan sought permission for the money to slim down the semi-State firm as it takes over responsibility for water from local councils.

There was controversy earlier this year when Prof John FitzGerald of the Economic and Social Research Institute claimed Irish Water would be so overstaffed it would lead to higher charges. Prof FitzGerald claimed the 4,300 who would be initially employed was far in excess of the 1,700 needed.


Planned redundancies
This was disputed by Taoiseach Enda Kenny at the time, who said there would be a staff reduction of 2,000 over the next decade.

While the new utility believes it will need about 1,700 staff, it has signed service level agreements with the 34 local authorities who run the Republic’s water and waste water infrastructure. These legal agreements, which run up to 2026, involve about 4,300 local authority staff, whose cost is to be paid by Irish Water.

However, Mr Hogan’s memorandum provides more detail on the redundancies planned to bring this number down. They will cost some €39 million, which will be provided over a period between 2015 and 2016.