Minister refuses to back military intervention after chemical weapons use 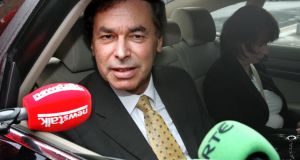 MMinister for Defence Alan Shatter has sought to allay concerns over the safety of Irish troops about to be deployed on a United Nations mission to the Golan Heights between Israel and Syria.

Mr Shatter said the safety of Irish soldiers was always a “primary concern” but it was important to put the mission in context.

He said Irish troops will not be getting directly involved in the civil war in Syria, “our job… is to contribute as we can to ensure the area isn’t further destabilised,” he told RTÉ’s Morning Ireland.

The Government approved the deployment of over 100 Irish soldiers to the Golan Heights in July as part of a monitoring operation ongoing since 1974. The first group of about 30 are due to travel within the next five days with the remainder leaving in the third week of September. A routine deployment lasts about six months.

However, as the situation in war-torn Syria deteriorated a number of other countries participating in the United Nations Disengagement Observer Force mission decided to withdraw their troops.

Mr Shatter said the Defence Forces chief of staff had assured him that the troops would have adequate resources for the operation.

He added that a proper risk assessment had been taken prior to the deployment.

Separately, Mr Shatter refused to be drawn on whether he supported western-backed military intervention in Syria amid widespread concern that the government there has used chemical weapons against its civilians.

He said it “seemed certain” that chemical weapons had been used but he added that the ideal scenario would be for the UN Security Council to reach a unanimous decision on how to deal with the “barbaric” Syrian regime.

Given the strong disagreements among member states of the Security Council on how to proceed with the country, such a decision is unlikely.