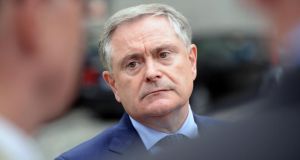 Minister for Public Expenditure and Reform Brendan Howlin: ‘We did it in a very different way from the Greeks . . . But we got spectacular success.’ Photograph: Eric Luke

As the pre-election demands from Syriza ran into European realpolitik in recent weeks, those in the Coalition have exuded a degree of satisfaction.

Sinn Féin, urged on to victory in next year’s election by Alexis Tspiras, had accused the Government parties of rolling over, unlike Syriza.

Little wonder that sources in Dublin mention words such as “amateur” when describing the Greeks’ negotiation attempts in recent weeks.

Michael Noonan has been privately emphasising what he sees as the five major Syriza U-turns to colleagues.

The five promises are: not participating in the troika programme; rolling back austerity measures introduced by the previous government; no extension of the existing bailout programme; and a debt write- down and a reduction of the primary surplus from 4 per cent to 1.5 per cent.

None has come to pass, much to Dublin’s quiet satisfaction. Yet the opinion poll figures for both Government parties have yet to factor in the failure thus far of the different path offered by Syriza.

Labour, in particular, is still bearing the brunt of public anger. A weekend opinion poll had the party on 7 per cent, marginally above its performance in last year’s local elections.

In an interview with The Irish Times, Minister for Public Expenditure Brendan Howlin said the Greek experience is not a matter of “justifying” the Coalition approach.

“Is Greece a metaphor for what might have happened here? Ironically, both Michael Noonan and I, from the very earliest phases of this Government, set about reworking, undoing, reprogramming, changing the bad agreement that Fianna Fáil, as it collapsed, did with the troika.

“We did it in a very different way from the Greeks. We didn’t do it with fanfare, arriving either in Downing Street or in Frankfurt with bugles blazing. We went quietly, to rebuild trust that was broken and confidence that was broken. But we got spectacular success.”

Mr Howlin claims the reversal of the minimum wage cut, changing the bailout programme by €500 million during the Coalition’s opening months, the promissory note deal, and the reprofiling of the IMF loans as the most notable successes of this approach.

Yet many who voted Labour are likely to mention issues much closer to home: child benefit, medical cards, water charges, property taxes.

“We have gone through an economic meltdown; of course people have been affected by that,” said Mr Howlin. “We couldn’t magic that away when we came into Government four years ago. All we [Labour] could do was mitigate the impact of it on the most vulnerable, and by god we have done that.”

The political dividend of the economic recovery has yet to manifest itself, but Mr Howlin, like all his colleagues, frames the election as a “stark choice” between stability and chaos.

As decisions are made closer to the election, Mr Howlin said an example of one alternative readily presents itself.

“Where would we be? We’ll see what’s unfolding in Greece.”