Gino Kenny smokes cannabis and has tried other drugs 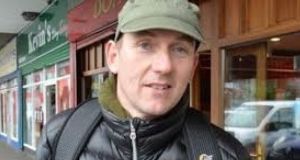 People Before Profit TD Gino Kenny: his Private Member’s Bill on the medicinal use of cannabis was passed in the Dáil without a vote earlier in December. Photograph: Alan Betson

The author of the Bill to introduce medicinal cannabis in the Republic has said he still smokes the drug recreationally and has experimented with other substances in the past.

People Before Profit TD Gino Kenny’s Private Member’s Bill on the medicinal use of cannabis was passed in the Dáil without a vote earlier in December. It is due to go to committee stage in February.

In an interview with Hot Press magazine, Mr Kenny (44) has said he did not realise the impact the Bill was going to have, and that he occasionally smokes cannabis recreationally.

“I don’t smoke [cigarettes] and I’m very health-conscious,” he said. “I’d smoke a joint the odd time. The last time I smoked a joint was probably about four months ago.

“If people want to smoke a joint, it’s their business. It’s not a cardinal sin because you had a bleeding joint.”

Mr Kenny also said he had experimented with drugs such as ecstasy “over time” during the 1990s. “I mean, TDs are probably no different from a whole section of society – you know, the drugs and alcohol they might take,” he said.

On the reaction to his Bill passing the first stage in the Dáil, Mr Kenny said he had been overwhelmed by the public response. “I didn’t realise the impact it was going to have,” he said.

“The emails that I’ve got from people that it will affect, or are using cannabis, are just extraordinary. Amazing. Hopefully, at the end of this process, medical cannabis will be in some form legalised in Ireland. It will give people an option.”

Mr Kenny, who worked as a carer for the elderly in several hospitals before becoming a politician, also discussed a number of other issues in the interview, including his wish to see euthanasia legally available in Ireland.

Of US president-elect Donald Trump, Mr Kenny said he was “a maniac”.

“He really is a maniac,” he said. “He’s a very dangerous individual. He’s probably one of the most divisive people in the world today. He’s everything that an American president shouldn’t be.

“I mean, his Republican predecessors – George Bush jnr and Ronald Reagan – they come from the same ilk: they’re psychopaths. Any time that man comes here there should be a huge protest against him.”

Mr Kenny also said he did not believe criminalising men was the right way to deal with prostitution, and that had he been brought up in Belfast during the troubles he would have joined the IRA.