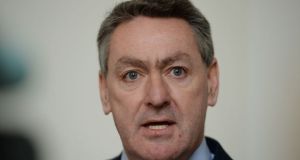 A senior figure in Fianna Fáil has urged Taoiseach Micheál Martin to allow a fully independent inquiry into the party’s decline over the past decade, saying many voters now view it as the “antithesis to modern Ireland”.

Ireland South MEP Billy Kelleher wrote to Mr Martin last month warning that unless Fianna Fáil addressed its core problems, it would be unable to arrest its continuing decline and would soon become irrelevant.

Fianna Fáil recently launched its own enquiry into its poor performance in the General Election in February, chaired by the Laois TD and Minister of State Seán Fleming.

In his letter to the Taoiseach, Mr Kelleher argued an internal exercise on the most recent election did not go far enough. He said a review needed to be fully independent of the party, and look beyond the General Election to Fianna Fáil’s performance over the past 10 to 15 years.

The party had expected to win between 50 and 60 seats in the February election but instead lost seven seats ending up with 38. It won less popular support than Sinn Féin, which took 37 seats. Since February, Fianna Fáil has seen a sharp decline in its support levels in opinion polls.

In his letter, Mr Kelleher said while he supported Mr Martin’s decision to back the confidence and supply arrangement with the last administration, it placed the party in a very difficult position.

“The last general election was incredibly difficult for our party and the outcome left many of us deeply disappointed.”

He said any review can leave nothing off the table and “if uncomfortable truths are unearthed, we must deal with them”.

A deep-rooted examination was needed of the party’s organisation; communications; campaigning; membership and policy platform, as well as the leadership’s relationship with the party.

“We must find the underlying cause as to why 75 per cent of the Irish people in the last two general elections refused to give us a first-preference vote. Ireland is a dynamic, young, outward-looking and progressive country.

“Sadly, the evidence to date suggests a considerable proportion of voters do not see Fianna Fáil in the same way: in fact, they see us as the antithesis of modern Ireland.

“Unless we address the demographic malaise affecting our party, there can be only one outcome: irrelevance.”

Mr Kelleher argued the review body should ask “hard questions” and tackle issues such as climate change, economic justice and the eventual reunification of Ireland.

In a recent interview, Mr Martin seemed to place the aspiration of a united Ireland low on his priorities, focusing more on deeper cooperation between the northern and southern jurisdictions.

1 Woman stranded in Ireland due to pandemic has ‘miracle baby’
2 Covid-19: Critical cases from NI could put pressure on services in Republic
3 Wet pubs and schools reopening led to rise in Covid cases, says Mayo GP
4 Covid-19: Public urged to ‘stay at home’ as 1,025 further cases confirmed in State
5 US election: ‘Donald Trump needs to go. White America got what they want’
Real news has value SUBSCRIBE