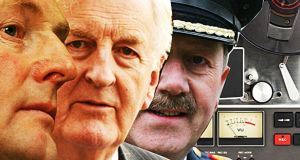 Fennelly report catalogues an astonishing procession of errors, ignorance and poor management in the force.

Back in March 2014, when the news first exploded that gardaí had been secretly recording telephone calls at Garda stations for decades, including potentially calls between suspects and their lawyers, there was something approaching panic at the highest political levels.

The prospect of the gates of the country’s jails being thrown open because convictions were rendered unsafe appeared to be a real one.

The Attorney General delivered a scarifying summary to the Taoiseach, who dispatched a senior civil servant to the Garda Commissioner’s house late at night. Reasonably assuming he was being asked to quit, Martin Callinan resigned. (In fact Callinan, in this matter at least, had behaved entirely properly, stopping the practice and preserving the evidence.) It looked like the worst crisis to face the justice system in decades. The Government in tone of the utmost gravity, moved to set up the Fennelly commission.

The lack of overturned convictions in the meantime demonstrates that the panic at the time was overdone; it turns out that the taping of the calls wasn’t the worst crisis to face the justice system in decades. It wasn’t even the worst one in this decade. The present situation, where the Government does not trust what the Garda Commissioner tells it, is a much bigger problem.

The interim report was highly damaging for the Attorney General Máire Whelan. The judge, however, does not return in any substantial way to the events surrounding the resignation of Callinan or to the strange alteration of her sworn evidence by Whelan. He does, however, remark that had Callinan’s actions to deal with the recordings been made known to the Taoiseach, “the events which precipitated the Garda Commissioner’s retirement would not have taken place”.

The report does not show that the gardaí did nothing wrong – gardaí in Bandon, for example, were clearly willing to subvert the law in their investigation of Ian Bailey for the murder of Sophie Toscan du Plantier. But Fennelly found no evidence they actually did what they threatened in the recorded calls.

The incompetence of the whole affair is perhaps best summarised by the fact that the senior Garda officer who authorised the extension of the recording system in 1995 did not know what he was doing.

Here’s what the report says: “Unfortunately, from the evidence given by the former Chief Superintendent to the Commission, it appears that his decision to approve recording of the main station number was based on a crucial misunderstanding: he did not know what was meant by the ‘Telephone Attendant Operators Set’, as it was described in the letter seeking his approval. He believed it was associated with the 999 system, which he knew had been recorded for many years”.

He found “almost complete ignorance” at the highest levels of the force that it was going on at all. This was extraordinary, the judge found. But it also meant that there were no rules or guidelines governing the process.

Perhaps because of the widespread ignorance of the system, the commission finds that there was no evidence of its misuse. There was, he says, no Garda system of snooping, spying or intrusion into private life and there was certainly no system of listening to solicitor/client calls.

In terms of the implications of the investigation, this is perhaps the most important finding. It means that aside from the obvious need for the Garda management to have some idea what is going on in Garda stations, there is no immediate fallout from the report in the shape of convictions overturned, legal actions, compensation, etc.

But this is, at best, a fool’s pardon.

“It is clear that the entire history of the matter is associated with error and misunderstanding,” the judge finds.

Albeit that many initially feared the picture painted by Fennelly would be an awful lot worse, yesterday was another bad day for the Garda Síochána. The pressure for a complete overhaul of the force must now be irresistible.