EU and UK risk ‘sleepwalking’ into policing and security crisis 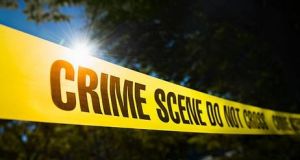 Figures show 1,735 individuals were arrested in the UK on a European Arrest Warrant in 2016/17. Photograph: Getty Images

Britain and the EU risk sleepwalking towards a crisis unless greater emphasis is placed on security and policing links in Brexit talks, a House of Commons report has warned.

MPs said more attention needed to be given to complex technical and legal obstacles to striking a deal that would maintain the existing level of co-operation on tackling serious crime and terrorism.

The British parliament’s home affairs committee welcomed ministers’ objectives for a security treaty to replicate current ties on Europol, the European Arrest Warrant and data-sharing. However, it accused the British government of complacency over the timetable.

The report said: “The government appears to assume that the UK’s dominant role in Europol and other forms of co-operation will make it easy to secure a bespoke future security relationship with the EU, going far beyond any forms of third-country involvement to date.

Given the scale of cross-border crime, trafficking and terror threats, we need security and policing co-operation more than ever

“This attitude, along with lack of planning for alternative scenarios, suggests that the government is at risk of sleepwalking into a highly detrimental outcome.”

The committee said both parties in the negotiations should remain open to extending the post-exit transition period for security arrangements beyond December 2020.

It said the EU “should not be so inflexible that it confines co-operation to existing models, but the UK should not be rigid about its own red lines”.

A host of measures and tools have come under scrutiny following the referendum in 2016. They include: the European Arrest Warrant, a legal framework introduced to speed up the extradition of individuals between member states; the Second Generation Schengen Information System (SIS II), a database of real time alerts; and Europol, the EU’s law enforcement agency.

Figures show 1,735 individuals were arrested in the UK on a European Arrest Warrant in 2016/17, while more than 1.2 million UK alerts were in circulation on the SIS II system at the end of last year.

Labour MP Yvette Cooper, who chairs the home affairs committee, said: “Given the scale of cross-border crime, trafficking and terror threats, we need security and policing co-operation more than ever.

“We agree with the government that the European Arrest Warrant, Europol capabilities and database access should be replicated in full, and that is in Europe’s interests too.

“But just because we all want something it doesn’t mean it will happen unless enough work is put in in time to overcome the genuine legal, constitutional and political obstacles we have uncovered.” – PA