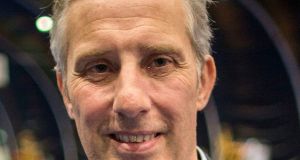 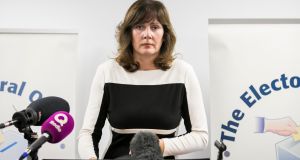 North Antrim MP Ian Paisley, who narrowly survived the first ever Westminster recall petition, has been readmitted to the Democratic Unionist Party.

Mr Paisley on Thursday said he was “greatly humbled” to retain his seat as an MP after the petition to unseat him following a sanction linked to his non-declaration of luxury holidays paid for by the Sri Lankan government fell short.

The Electoral Office said fewer than 10 per cent of his constituents (9.4 per cent) had signed the petition which would have triggered a byelection in his constituency.

Members of the House of Commons voted in July to suspend Mr Paisley for 30 sitting over the Sri Lankan holidays and subsequent lobbying of David Cameron not to support a UN resolution criticising human rights abuses in the country.

Mr Paisley won 58.9 per cent of the North Antrim vote in last year’s Westminster election and would have been expected to retain his seat in the event of a byelection.

“I think it was a miracle,” he told the BBC when asked about the outcome.

He thanked his “true friends, supporters, constituents, church group and family” for their backing, and spoke of “humbly accepting the people’s will”. He claimed 90.6 per cent of his constituents had said “‘we are keeping you big fella, we like you’”.

He also revealed he had made three complaints to police over allegations electoral law was broken over the failed recall petition.

The DUP, which his father, the late Rev Ian Paisley, helped to establish, said Mr Paisley’s 57-day suspension had ended on Tuesday following the conclusion of their own internal investigation into his conduct. Around a dozen party officers, including leader Arlene Foster and deputy leader Nigel Dodds, took part in the process.

The DUP said Mr Paisley would be “subject to a number of conditions” including a ban on holding office within the party for 12 months. The party said it would be making “no further comment on these matters”.

Sinn Féin’s deputy leader Michelle O’Neill criticised his readmission by the DUP as a “failure” and an “effective endorsement of his actions”.

A unionist source told the Irish Times the TUV and UUP, who have been criticised for apathy and were realistically the only parties capable of challenging the DUP and/or Mr Paisley in any byelection, were not involved in encouraging constituents to sign up “because Sinn Féin taking the lead and turning it into something it shouldn’t have been aided Paisley’s cause immeasurably”.

There were mixed views on the streets of Ballymena at the news with local woman Joy Williamson saying she believes Mr Paisley has “learned his lesson”.

“He did something wrong but I don’t think it was anything that others haven’t done,” she said.

Paddy Devlin said he was among the 7,099 people who signed the recall petition.

“There were only three stations open, if more had been open it might have been different, how many would have driven from Cushendall to Ballymena to sign it?” he asked.

“Paisley’s name has been there for so many years. I think he is safe in North Antrim because of his name.” (additional reporting PA)