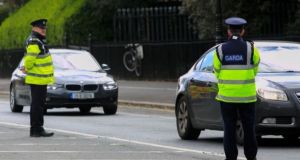 The Government is set to extend the Level 5 Covid-19 restrictions until late February at next week’s Cabinet meeting, the Irish Times understands.

The strict measures were initially introduced until the end of this January after case numbers increased sharply following the relaxation of restrictions in the lead-up to Christmas.

Officials in the Department of Education have begun exploring whether schools can reopen on February 1st, although the delay in reopening schools for children with special needs has dampened the prospects of agreement being reached for other schools.

Sources have said the department will follow whatever is advised by the State’s public health team including advice on whether mobility has reduced enough to allow schools to reopen safely.

It is understood the hospitality sector may not reopen properly until late May or early June. Restaurants and cafes had hoped to be in a position to reopen outdoors in April but this is now being viewed as increasingly unlikely.

Senior figures in the industry are understood to have recently asked Government if a reopening would be possible after the end of March when the most vulnerable people in the country have been vaccinated against Covid 19 but were told this was not likely.

This is because the risk would still be too high with around 80 per cent of the population still needing a vaccine at that stage. The emergence of new highly transmissible variants of coronavirus have further complicated matters.

Meanwhile, childcare providers have called on the Government to give clarity on its reopening plans for the sector.

Seas Suas, the representative body for independent early learning and care providers in Ireland, wrote to Minister for Children Roderic O’Gorman on Tuesday evening asking for “clarity on the plan for childcare post 31 January” asking “will the childcare sector reopen for all children or are we required to continue to provide education and care for the children of essential and frontline workers only.”

The group also asked the Department to “provide detail of what funding measures will be in place from 1 February to support providers who are operating at reduced capacity and occupancy for the children of essential and frontline workers only.”

“This should include a substantial upfront payment on account to replace scheme funding payments due on 29th January to assist cashflow to meet wages and other overheads due in early February.

“Now, more than ever, we need decisive leadership and timely policies to safeguard the continued operation of the sector as a whole,” the group said.