Committee chairperson roles: Who is in line for what? 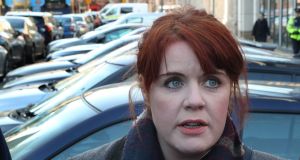 Green Party’s Neasa Hourigan: With Marc Ó Cathasaigh, she is a likely contender for the chair of the climate change committee. Photograph: Nick Bradshaw

The vast majority of Oireachtas committees will not be set up until later in the year despite TDs now turning their attention to the vacant chairperson roles.

After the controversy and disappointment following the allocation of senior and junior ministries, many TDs are now looking to see which committees they want to join.

Those who are appointed to chair Oireachtas committees receive an additional salaried allowance of €9,500. Under proposals being worked on by Leinster House officials there will be a three-phased approach to setting up the new committees.

A document drawn up for members of the Dáil’s business group says that Oireachtas authorities are only planning for four or five committees to be established this summer. This will rise to 20 or 21 by October and then 25 by December.

The first committees to return in the coming weeks will include the powerful Public Accounts Committee and Budgetary Oversight Committee.

It is expected that Sinn Féin will take the position of chair of the PAC for the lifetime of the next Dáil. Party leader Mary Lou McDonald said on Thursday that she has someone in mind for the role but declined to give a name.

Party sources have speculated that Cavan-Monaghan TD Pauline Tully is one potential name under consideration.

Fianna Fáil TD John Lahart is understood to have expressed an interest in chairing the Budgetary Oversight Committee.

The vast majority of committees will be established in September and October, at which point the members will be appointed.

Special committee such as climate action may be established by November or December. The Green Party may seek to take the reins of the climate change committee and appoint those who missed out on a junior ministry with Marc Ó Cathasaigh and Neasa Hourigan as likely contenders.

A Committee on European Union Affairs will also be set up and will play an important role as the impending Brexit deal deadline looms.

Former minister for education Joe McHugh, who turned down a role as a junior minister, is understood to have expressed an interest in this role.

Committee chair positions will be allocated according to the D’Hondt system, a formula that results in the committee chairs proportionately reflecting each party’s representation in the Dáil chamber.

When the committees are first re-established, sources say TDs and Senators will question witnesses via video link from their respective offices with legal advice stating this poses no difficulty in terms of legal privilege.

The Dáil’s reform group is due to next week further consider the documented proposals in relation to the set-up of committees.

“The establishment of the next committee system must take account of the continuing Covid-19 social distancing measures and the constraints imposed,” the document prepared by Leinster House officials says.

“In particular, the requirement to maintain a distance of 2m means there is reduced capacity in committee rooms.”

“If the 2m distance is eased, then capacity in each committee room improves accordingly.

“Similarly, entry to the committee rooms themselves is subject to a specialist assessment on numbers of people circulating and circulation plans.”