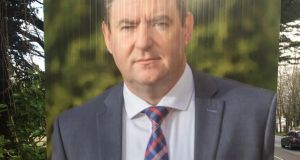 One of the leading candidates seeking a Fianna Fáil nomination in the Midlands North West constituency for the European Parliament elections in May has claimed the party hierarchy has “stitched up” the convention in favour of a rival.

The party is also facing complaints from aspiring candidates in the Ireland South Constituency.

Former Donegal TD Niall Blaney has said the decision to hold the Midlands North West convention on the Friday before St Patrick’s Day will discriminate against ordinary members of the party.

The convention has been scheduled to be be held in Longford on Friday March 15 with voting from 2pm to 8pm. Party sources said that Longford was right in the centre of this sprawling 13-county constituency that extends from Kildare to Donegal, and from Louth to Galway.

Mr Blaney said it was unreasonable to hold it on the Friday of the bank holiday weekend.

“It is completely unreasonable and stinks of a stitch up for the chosen candidate of party headquarters,” he said. It is believed he was referring to Cavan TD Brendan Smyth who is one of two Dáil deputies seeking a nomination, along with Anne Rabbitte from Galway East.

“True republicans don’t discriminate and this effort is showing blatant disregard for the Fianna Fáil membership.

“Members from all counties on the periphery of the constituency will not get the opportunity to cast their vote,” he said.

Mr Blaney said he had spoken to party leader Micheál Martin. “He is aware of the concerns,” he said.

Party sources said its constituency committee had chosen the earliest dates it could for both the Midlands North West convention, as well as the South convention which takes place in Clonmel on the following day, Saturday March 16th in the Hotel Minella in Clonmel, Co Tipperary.

Eight candidates are contesting the Ireland South convention, with the directive from party organisers stipulating that one person should be selected. Among those contesting are TDs Billy Kelleher and John McGuinness, Senator Ned O’Sullivan and councillors Malcolm Byrne, Eddie Fitzpatrick and Seamus McGrath, as well as Kieran Hartley from Waterford and Jason Fitzgerald from Cork.

Mr Byrne, based in Wexford, had requested that ballot boxes for delegates be placed in each Dáil constituency so party members would not have to travel long distances.

The Ireland South European Parliament constituency extends from Wicklow to Kerry and from Waterford to Offaly.

Mr Byrne also said the date of the convention - on St Patrick’s Eve - is “wrong” and will clash with rugby and GAA fixtures.

He said there is a “lot of anger among delegates” and that the “date and venue is viewed as suiting Cork candidates.”

1 Coronavirus: Warning of similar measures for other counties as Donegal moves to Level 3
2 Aer Lingus staff say they are living in ‘near poverty’ and unable to cover rent
3 Séamus Woulfe: The last man standing in Golfgate is set to learn his fate
4 Covid-19 Q&A: How are we doing, is there any good news and what happens now?
5 Australian man found guilty of murdering Irishwoman Ciara Glennon in 1997
Real news has value SUBSCRIBE