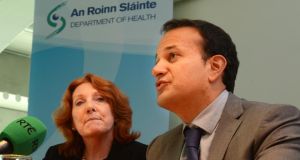 A protest march in support of a disability and special needs service provider in the midlands was attended by about 3,000 people yesterday.

The march in Longford was to highlight the lack of funding for services provided by St Christopher’s Services on behalf of the HSE.

The event was instigated by parents and relatives of the users of St Christopher’s centre in Longford town and the residents of two independent living units run by St Christopher’s in Ballymahon and Longford.

Both facilities are under threat of closure because of a funding shortfall of €500,000 from the HSE. The HSE has reduced funding since 2008, and said it was not in a position to supply the additional money that was now being sought.

In a statement, the HSE said it was working with the directors of St Christopher’s Services to address concerns over funding. It said it had identified areas where cost-cutting measures could be introduced and it was up to St Christopher’s to implement any changes.

But the chief executive of St Christopher’s, Pat O’Toole, said the time for talking was over and it was time for the funding to be provided.

“We’re hoping to send a clear message to the HSE and Ministers [Leo] Varadkar and [Kathleen] Lynch that we have done all the efficiencies and made all the cuts. That old slogan doing more with less – we’ve done all that for the last seven years.

“We find ourselves with no option but to put the additional staff into the units that we have. The time for talking is over – it’s now time to put the money on the table.”