Mary Daly was hanged in Tullamore gaol in January 1903 for the murder of her husband John Daly. Photograph: Google maps

The hanging room in Mountjoy prison, where the last woman to be hanged in Ireland, Annie Daly, was executed. Photograph: Bryan O’Brien/The Irish Times

John Daly Jr knew there was a man in the house. The man, a neighbour who lived about 300 yards away, was sitting beside the fire with John’s mother. The two were speaking in low tones - it was the afternoon and John Snr was not at home.

John, 11 years old, was put to bed along with his 10-year-old sister at about 9.30pm on the night of June 16th, 1902. They awoke a short time later, disturbed by a violent commotion outside the house.

The children quickly dressed and followed the noise of shouting out into the yard. Joseph Taylor, the man the children had seen earlier, stood above their father, kicking and punching him.

Their mother, Mary, stood by, watching the attack, as John Snr spoke his last words: “Leave me my life.”

Joseph had been drinking heavily that day. When the attack ended, he grabbed the victim’s two arms and dragged his unconscious body some 70 yards up the field and out of sight. The children heard the “jingling” clang of a pitchfork ring out as Joseph brought it down on John Snr.

The next morning, the children were woken at 7am by Mary. Three hours later, young John was sent to report his father’s death. Sergeant Conlan, as identified in an Irish Times report from December 13th, 1902, was the first to arrive at the scene in Clonbrock, Co Laois.

“He went to the place and found the body lying on its left side in a field at the rear of Daly’s house,” the report reads. “There were three wounds on the back of the head and several on the left side of the head.”

When police walked the short distance to Taylor’s house and confronted him, he said he knew nothing about the man lying in the field - he was asleep at 10pm the night before.

The police already had experience with Taylor. Five weeks before the murder, following an assault complaint made against him, he told police that Mary had wanted her husband dead and asked him to commit the murder. He refused her request “because he did not wish to be burned in hell”.

‘Murder in the air’

Taylor was arrested and following further investigation, both he and Mary were tried for the murder of John Daly Snr. The proceedings were kept separate.

In the case of Taylor, some of the facts were clear, according to the judge. “The immoral relations between the prisoner and Daly’s wife were certain. There had for some time been murder in the air.”

It was certain, too, that Taylor was in the neighbourhood that afternoon, and had been drinking. But whether or not he committed the murder was solely down to the jury’s belief in the above testimony of John Daly’s 10 and 11 year old children, “both of whom were unusually intelligent”, the judge said.

After about an hour, the jury found Taylor guilty and he was sentenced to death.

“Taylor, on hearing the sentence, appeared somewhat affected. Speaking, however, in a clear voice, he said: ‘Thank you, my lord; I am an innocent man all the same.’”

In the case of Mary Daly, she was also charged with murder. The defence argument was clear. The evidence showed that both Taylor and Daly were drinking heavily that day. The murderer, Taylor, would have been in a “dangerous condition” by the time Mary’s husband arrived home.

The defence counsel argued that even if the young Dalys’ testimony was true, the death was simply the result of a drunken quarrel, “in which a woman like the prisoner would not have the courage to interfere”.

It took about 55 minutes for the jury to find Mary Daly guilty. Despite a recommendation of mercy along with the verdict, she was also sentenced to death. Unlike Taylor, she kept quiet after the sentence was handed down and “was removed in a dazed condition”.

Mary Daly was hanged in Tullamore gaol on January 9th, 1903. She was the first woman executed in Ireland in the 20th century.

The last woman hanged in Ireland and the second of the 20th century was 31-year-old Annie Walshe from Co Limerick. Like Mary Daly, she was tried for the murder of her husband, Edward “Ned” Walshe. Also charged was Michael Talbot, Ned’s nephew. 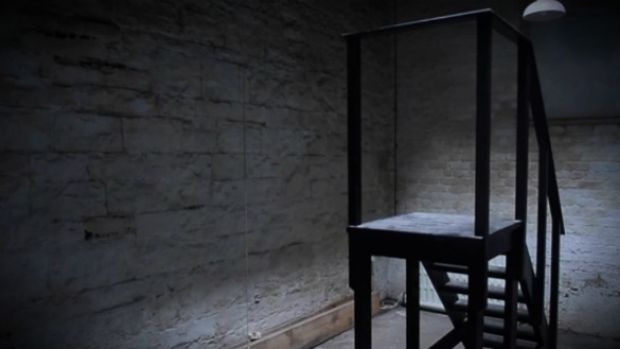 The hanging room in Mountjoy prison, where the last woman to be hanged in Ireland, Annie Daly, was executed. Photograph: Bryan O’Brien/The Irish Times

When questioned about the death of 61-year-old Ned at the couple’s house, the suspects accused one another. Talbot claimed Annie invited him over to the house on the night of October 24th, 1924 to kill her husband with the promise of a share of the death compensation.

He alleged the three were sitting together when Annie asked Ned to fetch more sticks for the fire. Ned got up, and while he was distracted, Annie picked up a hatchet and hid it beneath her apron. On his return, and with the lamps lowered, she hit him once on the head. She told Talbot to hold her husband’s hands as he stirred on the floor - she then delivered the fatal blow.

Talbot gave this account to police in the presence of Walshe, according to an Irish Times report, and she interrupted him and denied it. Instead, she said, on the same night, Talbot had forced his way into the house, knocked her husband over and shot him in the head with a revolver.

“Talbot, in reply to that statement, said that he never carried a revolver in his life,” the report reads.

Walshe and Talbot were both found guilty and hanged in Mountjoy prison in Dublin on August 5th, 1925. Talbot went to the gallows first, followed by Walshe 45 minutes later.

This story is part of the Lost Leads series - a re-visiting of lesser-known stories that have made the pages of The Irish Times since 1859. What can you find? Let us know @irishtimes. For more information on subscribing to the archive, visit www.irishtimes.com/archive

4:40 Vaccination is going to help us out of this nightmare

GAA to broadcast unprecedented number of matches this season

1:53 'Shut your mouth': US Covid hearing gets heated

1:49 Italian ambassador denounces MHQ: 'The movement of people is sacred'

2:02 Parisians look back on second anniversary of Notre Dame fire