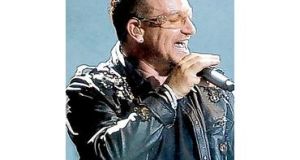 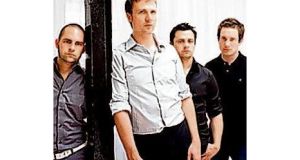 U2 ARE expected to dominate the Meteor Ireland Music Awards, having been nominated in three categories, including best Irish band.

No Line on the Horizon

They were also nominated for best live performance for their three shows at Croke Park last year.

Bell X1, who had a stellar year in 2009, have also been nominated in the same three categories. Their album Blue Lights on the Runwaywent to No 1 in the Irish charts and spawned their most successful single to date in The Great Defector.

The Coronas were nominated in the best Irish band category and for their album Tony was an Ex-Con.

Guitarist and vocalist Danny O’Reilly said the nomination was a reward for the effort they put into their new album. The band have just completed a tour of Singapore, Thailand and Indonesia.

“We spent a lot of time on the record and put everything into it. It’s nice to be nominated alongside bands that you grew up listening to like U2 and Snow Patrol,” he said.

There were few surprises among the nominations, except the inclusion of the relatively unknown Dublin singer Valerie Francis ahead of last years winner Imelda May in the best Irish female category.

The awards ceremony take place on February 19th at the RDS in Dublin.

Tony Was An Ex-Con- The Coronas

Up To Now- Snow Patrol

No Line On The Horizon- U2