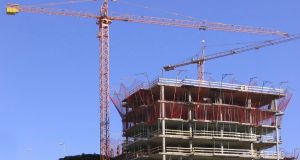 City and county councils are failing to charge interest on unpaid levies owed by property developers, according to a Government audit of the scheme.

More than half of the outstanding money owed to councils, equating to €439 million, is due for payment this year, with the remaining €312 million relating to previous years.

A Value for Money progress report, conducted by the Local Government Audit Service has found that just three local authorities are charging interest on late payments, despite a 2010 direction for them to do so. The progress report due to be published shortly, focused on the management and use of development contributions by county councils.

It found that almost a quarter of the 34 local authorities were not using development levies for the purpose intended; 10 were not meeting their statutory obligation to publish the amounts collected or owed in levies in their annual reports, or give details of how any levies were spent; and just two had refused planning permission to developers for past failure to comply with permissions they had been granted.

The report found that just over half of the Government’s recommendations on how to use and manage development contributions had been implemented by councils three years after they were published, just over 23 per cent were partially implemented and 22.7 were not implemented. The recommendations aimed to ensure the maximum recovery of contributions, and dealt with how they should be collected, accounted for and how debtors should be dealt with.

Development levies are imposed by local authorities as a condition of planning permission for the cost of providing special services, such as a new roads or relocation of pipes. They are generally required to be paid before construction begins, or on a phased basis.