Unions back female NUIG lecturers in court actions over promotions 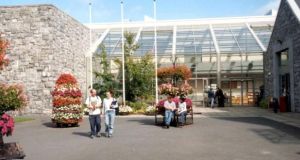 Four female lecturers at NUI Galway (NUIG) have secured trade union backing for two court challenges which they are pursuing over lack of promotion.

A fifth female lecturer, Dr Elizabeth Tilley, is pursuing a separate case in the Labour Court. The five women had met NUIG management last year in a bid to seek a resolution.

Dr Micheline Sheehy Skeffington, who won an Equality Tribunal case last year, says she has offered her €70,000 damages towards their legal costs.

Papers have also been served on the solicitors for NUIG.

IFUT deputy general secretary Joan Donegan said that both unions were working together on the issue. A student campaign is also raising funds to help with legal costs.

IFUT has called on Minister for Education Jan O’Sullivan to make a “clear and detailed public statement” on the “extent of the crisis at NUI Galway”.

Earlier this month, Ms O’Sullivan urged NUIG to ensure there is “proper consultation” with staff on the issue of gender equality.

However, both IFUT and Siptu have criticised lack of consultation over its composition and terms of reference, and Siptu’s academic committee has directed its members not to co-operate with it.

NUIG said it had no comment to make on the court actions.