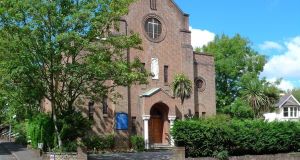 A man has come forward following an appeal to find the next of kin of two Irish brothers who died within weeks of each other in London.

Bill Kelly and his twin brother John (77) were originally from Turners Cross in Cork City but moved to England at the age of 18.

When Bill died in Whittington Hospital in London on January 29th, his friends in the Muswell Hill area of North London began searching for his next of kin.

They discovered his twin brother John, who was living in nearby Archway, had died in recent weeks.

Following a campaign to find the brothers’ next of kin, a man named Seán Kelly from Co Cork has come forward.

“He died in 1947 and the mother and kids went over to London soon after.”

Padraic Grennan, business development manager of Finders, a genealogist organisation attempting to trace the Kelly family, confirmed after examining Bill’s birth certificate that Dennis Kelly was the name of Bill and John’s father.

If Finders can verify that Seán Kelly is a cousin of the twins, Mr Kelly said he is intent on burying them in their native Cork.

“Dennis is buried in St Finbarr’s cemetery in the city here so if they are my cousins, we’ll bury them here with him,” he said.

“If we can’t do that, we’ll bury them in our own cemetery up the road.”