Three Console directors did not know they had been appointed 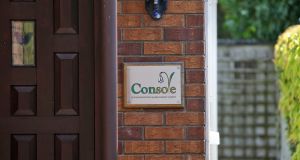 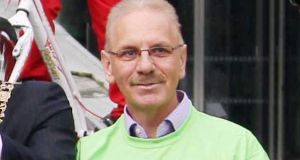 The three directors of suicide prevention charity Console who were not family members of founder Paul Kelly had never met each other and did not even know they were directors.

The three are the only remaining directors of the charity since Mr Kelly’s wife Patricia and his sister Joan McKenna resigned last week.

However, they have no experience as directors, no information on the organisation’s finances and never previously attended a board meeting.

All three were asked to be directors arising from their involvement in the suicide prevention work of Console in different parts of the country, according to an interim report on the current state of the charity.

“There was a high level of anger and hurt amongst all three directors,” the report by forensic accountant Tom Murray and businessman David Hall notes. “It quickly became apparent that they were not part of a functioning board.”

The three board members - Gerard Tiernan, Ursula Mulkerrins and Angela McGovern - have said they want to delegate management powers to Mr Murray and Mr Hall by appointing them as “administrators” of the company.

The report expresses concern over the lack of experience of the remaining board members and the lack of management structures in the charity.

It also expresses concern over Console’s ability to pay vital service providers as debts fall due and the impact this would have on the confidence of staff, suppliers and supporters and the viability of the charity.

The charity owes the Revenue Commissioners about €90,000 in respect of outstanding PAYE/PRSI contributions, according to the report.

There were “heavy” personal expenses within the charity, and getting information on expenses claims was “a perennial issue”, bookkeeper Joe Condron is quoted as saying in the report.

Mr Condron said that while he was close to finalising the 2015 accounts, former chief executive Paul Kelly and his wife Patricia had neglected so far to give him details of cheque payments on one bank account and were “slow with providing information”.

No management accounts were available for 2016 and there were “poor” levels of documentary proofs for claims.

According to the report, Mr Condron noted that Mr and Mrs Kelly kept the main books and records and that he had to send down staff members “on spec” to get items which were locked away.

Last Monday, a staff member contacted the two reviewers to say someone had been in the office over the weekend and that some records were missing from a cabinet that was normally locked but which was now open.

A number of critical operational issues were also raised by a member of staff. He said he needed to pay money off the phone bill using his company credit card to keep the lines open. A number of creditors had unpaid debts outstanding for some time, and wages were paid on a “sporadic” basis, he said.

“Given the lack of leadership in the company, we were concerned by the obvious lack of management direction in Console,” the report states. As a result, the two reviewers contacted the Office of the Director of Corporate Enforcement to highlight their concerns.