The Pro10 team: Who are Michael Glynn, Eamonn Collins and Ken Murray? 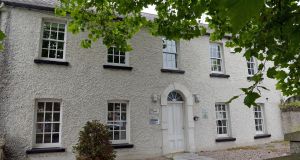 Pro10 Sports Management is the Irish authorised ticket reseller for the Rio Olympics. Its parent company, Kmepro, was set up in April with an address on Fitzwilliam Square in Dublin, with Michael Glynn, Eamonn Collins and Ken Murray listed as its three directors and equal shareholders.

Brazillian authorities on Wednesday issued arrest warrants for the three men, as part of the investigation into alleged Olympic ticket touting in Rio. Pro10 has denied any wrongdoing, and has not yet commented on the arrest warrants.

Glynn, who appears to be one of the main movers in Pro10 and lists his contact details on its site, is a 47-year old registered football agent. In company documents, he lists his nationality as British, although he currently lives at an address in Clane, Co Kildare.

Prior to his involvement with Pro10, Glynn ran another soccer agency, Pro Soccer Ireland, which was registered to his home address in Kildare. Pro Soccer also acted as a players’ agent, and also appeared to be involved in event management and sold sportswear. It ceased trading in 2012.

Collins, who is also aged 47, is a Dublin-born former professional footballer. He had a journeyman career around the lower leagues of English football in the 1980s and 1990s, with spells at clubs including Colchester United and Exeter.

When he retired as a midfielder, Collins entered management in League of Ireland, culminating in a season in charge of St Patrick’s Athletic in 2003/04. Shortly after this, he registered as a football agent.

In April of this year, Collins set up another Irish company, Cluanweir, as a joint venture with Unique Sports Management from London. Unique is the agent to top footballers such as Harry Kane and Wilfried Zaha.

Murray, who is aged 41, is a certified investment planner with an address in Lucan, Co Dublin, who was previously the commercial manager of St Patrick’s Athletic. He was listed as recently as last month on Pro10’s website as directing its “overall financial management programme on behalf of our clients”.

Mr Murray is also a director of the Association of Expert Mortgage Advisers and runs a financial advice company called Finance Solutions, which is registered to the same address as Pro10.

None of the three men have responded to repeated calls to their mobile phones, and letters sent to their home address seeking a response to a series of questions over the past week. The Irish Times left voicemails on each of their phones again on Wednesday following news of the warrants.

A voice message on Murray’s mobile phone says he is on annual leave until August 22nd and referred calls to a colleague in Financial Solutions who, when contacted, said he understands Mr Murray is away for a further two weeks and hasn’t been in contact with the office recently.