Taoiseach dismisses call to make RTÉ answerable to the Dáil

Independent Senator David Norris has strongly criticised RTÉ’s payment of damages to members of the Iona Institute over a claim of homophobia. 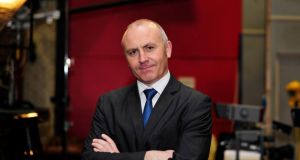 Taoiseach Enda Kenny has firmly ruled out making RTÉ directly accountable to the Dáil in the aftermath of the payment of damages to John Waters and five members of the Iona Institute over a claim of homophobia on the national broadcaster.

This issue was raised in the Dáil today by Fine Gael TD Jerry Buttimer, who said Minister for Communications Pat Rabbitte had no direct responsibility for RTÉ.

“Can I ask the Taoiseach if there any plans to make RTÉ directly accountable to the House here ?’’ he asked. Mr Kenny replied: “No.’’

The controversy arose out of the broadcast on RTÉ’s Saturday Night Show two weeks ago in which Rory O’Neill, aka Panti Bliss, named individuals he regarded as homophobic.

In an interview this afternoon, RTÉ’s head of television Glen Killane said the €85,000 payout to John Waters and five members of the Iona Institute saved the broadcaster “an absolute multiple” in the long term.

Mr Killane said it would have been “absolutely reckless” of RTÉ not to settle the case.

He told RTÉ Radio’s News at One programme the broadcaster was faced with six different defamation actions and was told by “very senior counsel” that it was unlikely it would be able to defend any defamation action in court.

“The amount of money you could be faced into shelling out potentially from six separate cases would have been a multiple for what we settled,” he said.

Mr Killane said he spoke with senior management in RTÉ including the director-general Noel Curran before making the decision to pay out.

“The decision was taken by me based on advice,” Mr Killane said. “The view was very clear. It was in the public interest, in terms of spending public money responsibly.

“The amount of money you could be faced into shelling out potentially from six separate cases would have been a multiple for what we settled.”

Mr Killane said he did not know why the settlement was not confidential and he denied it had become a public-relations disaster to the station. “I have to make decisions based on the facts that are presented to me. The facts as they were presented to me by people who know far more about this issue than I do was that it would be reckless to pursue this through the case in terms of the use of public monies so we sought to settle.”

In a memo to staff last night, Mr Killane said RTÉ management explored every avenue and offered the parties involved a number of remedies.

“I want to reassure you that RTÉ explored every option available to it, including right of reply. Legal advice was sought and all avenues were explored, including an offer to make a donation to a neutral charity,” he wrote.

“However, based on the facts of what was broadcast, and having regard for broadcasting compliance issues, the seriousness of the legal complaints, and the decision by the complainants not to accept RTÉ’s proposed remedies, we decided that a settlement was the most prudent course of action. Senior counsel was consulted and confirmed that the legal position was far from clear.”

Mr Killane said RTÉ had “not engaged in censorship, but has rather fallen foul of Ireland’s defamation laws.”

Irish Times columnist Breda O’Brien told this newspaper that she and other members of the Iona Institute only sought libel damages after RTÉ refused to apologise over a claim of homophobia.

Ms O’Brien said she was not “remotely interested in money”, but agreed to accept damages because “people don’t take you seriously unless there is some sort of settlement. The key issue here is that RTÉ walked itself into a defamation case and then offered a completely inadequate response which is a right of reply”.

She maintained that Saturday Night Show presenter Brendan O’Connor should never have asked Mr O’Neill to name names. “All we wanted was an apology and was offered a completely inadequate response which was a right of reply. It is not up to you to defend yourself. It is up to the organisation that defamed you.”