Suspects for backpacker’s murder in NI will not face prosecution 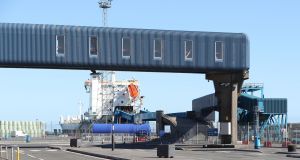 The ferry terminal in Larne Harbour where Inga Maria Hauser arrived in April 1988 from Scotland, two weeks before her body was discovered in a remote part of Ballypatrick Forest. File photograph: PA 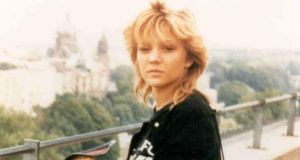 Inga Maria Hauser: her body was found dumped in a remote part of Ballypatrick Forest outside Ballycastle in Co Antrim.

Two people investigated in connection with the murder of German backpacker Inga Maria Hauser in Northern Ireland in April 1988 will not face prosecution.

The North’s Public Prosecution Service (PPS) announced on Wednesday that the evidence against the two suspects “did not provide a reasonable prospect of conviction for any offence”.

The teenager’s body was found dumped in a remote part of Ballypatrick Forest outside Ballycastle in Co Antrim 14 days after she was last seen alive on a ferry from Scotland to Larne.

The 18-year-old, from Munich, was on a backpacking trip around Europe and had travelled through England and Scotland before her death. According to her diaries she intended to head south towards Dublin once she docked in Co Antrim.

In a statement, the PPS said two people – a 60-year-old man and a 57-year-old woman – had been reported to them by the Police Service of Northern Ireland (PSNI) regarding the circumstances of Ms Hauser’s disappearance and death.

The man was reported in connection with her murder, the female for withholding information. A file was sent by the PSNI to the PPS in June 2019.

The evidence was carefully considered: “It was concluded that the evidence in respect of both suspects did not provide a reasonable prospect of conviction for any offence,” said the PPS.