Some Magdalene survivors to get compensation before Christmas 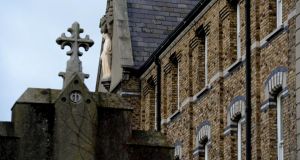 Some of the survivors of the Magdalene laundries will receive their first compensation payments from the State before Christmas, Minister for Justice Alan Shatter has said.

Accepting in June this year the recommendation of Judge John Quirke that a cash lump sum payment based on the duration of stay in the laundries be paid to the women, the Government tasked an inter-departmental group with considering how to implement other recommendations made by the judge.

The group’s report was reviewed by Government this week and details of the scheme were finalised.

In the next four to six weeks, the Department of Justice will pay eligible women a tax-free sum of between €11,500 and €100,000, depending on the duration of their stay in the laundries. Amounts of more than €50,000 will be paid in weekly instalments, as recommended by Judge Quirke.

Women who have registered an expression of interest with the department or submitted an application but who have passed away before payment will receive a lump sum of €50,000, paid to their estate.

In addition to the lump sum payments, women will also receive tax-free weekly top-up payments from the Department of Social Protection to bring their income from the State up to €100 if under 66 years of age and to €230.30 if over 66 years of age.

Those already in receipt of the full State contributory pension will not receive an additional payment. Calculated on an individual basis, the Department of Justice says these payments will “require a period of time to put in place”.

The department said while eligible women will be entitled to an enhanced medical card, legislation will be required to provide the card.

The department said all women would be encouraged to take legal advice before signing a waiver to receive the funds and that it will contribute a maximum of €500 to the cost of this advice.

The department said there would be a number of measures to “protect vulnerable women”, including that payment will only be made into an account in the sole name of the recipient.

It also said legislation would be introduced to ensure that in the case of women lacking capacity, a court could appoint a person to act on her behalf, taking her wishes into account.

The department said no account would be taken of monies already paid under the Residential Institutions Redress Scheme to women who went from industrial schools to Magdalene institutions for the period when they were under 18.

Almost 600 applications for compensation from those who worked in Magdalene Laundries, St Mary’s Training Centre, Stanhope Street and House of Mercy Training School in Summerhill in Wexford have already been received by the Department of Justice.

Mr Shatter said that over 250 of the 600 applications had been “processed to an advanced stage” and he hoped offers of payment could be made in four to six weeks.

“If an individual accepts the provisional offer, the next step will be a formal offer subject to the signature of the waiver. Once the waiver is signed and returned, the payment of the lump sums can be made.”

Spokesman for the Magdalene Survivors Together group Steven O’Riordan said his members were “extremely disappointed with the Minister”.

“The women have asked for their payments to be done in full. We don’t understand why they are only going to pay out €50,000,” Mr O’Riordan said.

“If these women go into the Post Office, will people be asking questions as to why they are getting this extra money? Will they then have to embarrass themselves into explaining that they were in a laundry when they don’t want anyone to know?”

Mr O’Riordan said of some women in abusive relationships that “their husbands take their money every week. So even the extra money they are getting will be taken off of them.”

He said even though the Taoiseach and Mr Shatter had met the women and heard their stories, they showed the women little respect by not giving them a full lump sum payment.

“We’re calling on the Taoiseach to come into the chamber to explain why he has not allowed this to happen. As a leader, it is very questionable as to why the Taoiseach would do this.”