80 per cent of those drowned were male 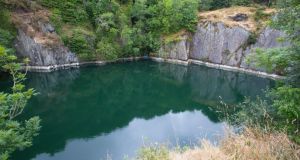 The Irish Coast Guard has seen a rise of more than 50 per cent in most of its call-out categories for the past two months compared to the same period last year, new figures show.

There were 90 call-outs for people in difficulties while swimming in inland waterways, an increase of more than 100 per cent on the same time last year, Declan Geoghegan, operations manager with the Irish Coast Guard, said.

Calls to help swimmers in difficulty off the coast, and those getting into difficulty while sailing or using dinghies and other pleasure craft were all up by more than 50 per cent on last year. Canoeing and rowing incidents were up by 40 per cent.

And jet skis have also made an unwelcome comeback, Mr Geoghegan said, with more than 20 nuisance incidents reported in the past two months, compared to none at all last year.

He warned against the use of inflatables, including light dinghies, lilos and air mattresses, on the coast. Two children aged eight and 10 were rescued yesterday off Ballybunion in Co Kerry after they were blown out to sea on an inflatable, he said.

“They are lethal. Keep them for the swimming pool or the bath.”

Since the good weather began there have been “a lot of close shaves” the public has not heard about, Mr Geoghegan said, and the death toll of 10 people in the past 10 days could “easily have been double”.

The Irish Coast Guard service is extremely busy at present, he said, and staff have been called in on rest days to ensure there is a full complement at all times, with weekends being the busiest time.

Roger Sweeney, deputy chief executive of Irish Water Safety, said almost a third of the 147 water deaths last year occurred between July and September, an average of more than 15 drownings in each of the three months.

Some 65 of last year’s water deaths were accidental, 49 were suicides and the cause in 33 cases has not yet been categorised.

Some 80 per cent of those who died by drowning last year were male and alcohol was a feature in a third of all drownings.

He said for many of the children swimming at beaches and inland waterways in the fine weather this summer, it will be their first time. In the past decade 40 children had drowned, he added.

He recommended children be given water safety training at primary school through the Primary Aquatic Water Safety programme. The free programme instilled a healthy respect for water, and the first three lessons were classroom-based, so all schools could avail of them even if they did not have access to swimming facilities, Mr Sweeney added.

Yesterday, the 10th person to drown in the past 10 days was named as Joe Grinsell. The 65-year-old had been swimming in an old slate quarry near Ahenny, Co Tipperary.