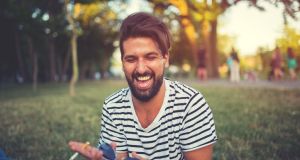 Smokers group Forest says the market should dictate whether restaurants allow smoking outdoors or not.

Restaurant proprietors should be given the option to have smoking and non-smoking outdoor eating areas, according to a smokers advocacy group.

Forest’s John Mallon told RTÉ’s Today with Sean O’Rourke show that the market should decide if restaurant owners are willing to make this decision.

However, former Minister for Health James Reilly, who is calling on the Government to extend the ban on smoking where food is served to include outdoor areas, said he was horrified at the suggestion that the market decide health policy.

Mr Reilly said it was no longer acceptable for people to smoke where others were eating.

Fine Gael Senators have tabled a private members motion calling on the Minister for Health Simon Harris to change legislation or issue directions via a statutory instrument to address the gap in current legislation.

Mr Harris is to ask for approval at today’s Cabinet meeting to accept the proposal.

Anyone spending their hard-earned money in a restaurant or café should be entitled to enjoy their meal in a smoke-free environment, added Mr Reilly.

However, Mr Mallon said that “smokers’ money is as good as anybody else’s in a restaurant”.

There should be separate indoor and outdoor rooms for smokers in restaurants, he added. “Allow owners make the decision.”

Mr Reilly said he was not saying there shouldn’t be outdoor areas for smokers, just that the area should be separate from where food is being served. “This is a killer product.”

Ireland has set a target of being tobacco free by 2025. Currently smoking is prohibited in the workplace as well as restaurants, bars, education facilities and public transport.

The ban was recently extended to smoking in cars where young children are present.

1 David Trimble: After the big dinner in Oslo, somebody said why don’t we party together?
2 Covid-19: ‘Green list’ may shorten as Cabinet looks to tighten travel restrictions
3 Maureen Dowd: The US president and the damage done
4 Tributes to John Hume flood in from Irish and international politicians
5 John Hume, architect of peace process, dies aged 83
Real news has value SUBSCRIBE