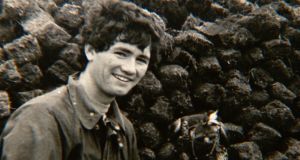 British army captain Robert Nairac: One of the Disappeared, his body was never recovered.

The forensic scientist charged with finding the bodies of the Disappeared has provided documentary evidence rejecting claims that murdered British army captain Robert Nairac was linked to a number of notorious Troubles killings.

Capt Nairac was a controversial British undercover soldier who 40 years ago this month was abducted, beaten, questioned and then murdered by the IRA close to the Border in Co Louth.

One of the Disappeared, his body was never recovered.

The 29-year-old member of the Grenadier Guards came from a privileged background and was seen as cutting a dashing, intriguing and mysterious figure. He was posthumously awarded the British George Cross for bravery.

However, several appeals by the Independent Commission for the Location of Victims’ Remains to the IRA to reveal where it disposed of his body proved fruitless.

The head of the commission’s investigations unit, Geoff Knupfer, who had led teams in recovering a number of the bodies of the Disappeared, said he believed this was because of allegations he colluded with republican and loyalist paramilitaries.

Mr Knupfer said that over the years some journalists, former paramilitaries and politicians, and others, linked Capt Nairac to the May 1974 Dublin-Monaghan UVF bombings in which 34 people were killed; to the July 1975 UVF Miami showband in which five people died, three of them band members; and to the January 1976 IRA Kingsmill massacre in which 10 Protestants were killed.

Mr Knupfer said Capt Nairac was also linked to the killing in Co Monaghan in January 1975 of IRA member John Francis Green, and to the SAS killing of IRA member Peter Cleary in south Armagh in April 1976.

Mr Knupfer said he believed that such claims were key reasons why the commission “found it so difficult to gain any level of public support in resolving this case”.

In a letter to Prime Time journalist Barry Cummins, he detailed how he investigated all five allegations against Capt Nairac and was able to discount every one of them.

Mr Knupfer said in relation to the Dublin-Monaghan bombings he had proof that Capt Nairac was on a training course in Ashford in Kent, England.

At the time of the Miami showband killings, he was either finishing duty with the Grenadier Guards in London or actually on his way with a friend to a fishing holiday on the Outer Hebrides in Scotland.

Mr Knupfer said when the Kingsmill massacre was perpetrated, Capt Nairac was in Pirbright in England preparing for a training course and that when the SAS killed Mr Cleary, the officer was also in England. A former SAS commander also informed Mr Knupfer that Capt Nairac was never in the SAS.

Mr Knupfer said that of the five incidents, the murder of Mr Green was the only one that occurred when Capt Nairac was serving in Northern Ireland. Mr Knupfer said he was stationed in Derry at the time and that he had spoken to a number of former British soldiers who testified that they could recall his presence at the time of the killing which happened some 80 miles away from Derry.

The commission is now hoping that the findings of Mr Knupfer’s investigations may persuade former IRA members to provide information about the whereabouts of Capt Nairac’s remains. Mr Knupfer has dismissed some claims that the officer’s body was disposed off in a meat-processing plant.

Capt Nairac was abducted from the Three Steps Inn at Drumintee, near Forkhill, on May 14th, 1977, after engaging with locals and singing a number of republican songs.

One of his abductors pretended to be a priest in order to hear his “Confession”.

He didn’t break under this pressure, asserting that he was a Belfast republican before he was shot.