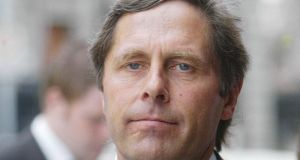 Capt John Goss was dismissed by the airline in August 2013 just days after he appeared in a Channel 4 television programme which Ryanair claims made defamatory allegations regarding its commitment to safety. Photograph: Garrett White/Collins

A sacked Ryanair captain has lost his long-running unfair dismissal action against the airline at the Employment Appeals Tribunal (EAT).

Capt John Goss has also failed in his case against the airline in his two claims before the Equality Tribunal.

Capt Goss was dismissed by the airline in August 2013 just days after he appeared in a Channel 4 television programme which Ryanair claims made defamatory allegations regarding its commitment to safety.

Capt Goss alleged he was unfairly dismissed for “gross misconduct”.

Captain Goss had worked for the airline for 26 years and was a leading member of representative body the Ryanair Pilots Group.

The EAT had set aside three days for hearing in the case for last September but it couldn’t proceed because Capt Goss was unwell.

In its determination without going into the facts around the dismissal, the EAT stated that Capt Goss’s claims taken to the Equality Tribunal were investigated and both claims failed.

The EAT stated that under these circumstances Capt Goss required the express permission of the Equality Officer to pursue his case before the Employment Appeals Tribunal, and such permission was refused.

The EAT stated: “Accordingly, the tribunal has no jurisdiction to hear the claim under the Unfair Dismissals Acts 1977 to 2007.”

At a brief hearing of the EAT case in March of last year, counsel for Ryanair, Martin Hayden SC saidprior to his sacking Capt Goss had been given a warning by Ryanair after he gave a newspaper interview about safety issues at the airline.

In a statement at the time of Capt Goss’s sacking, Ryanair stated: “Ryanair’s safety has been independently confirmed as being ‘on a par with the safest airlines in Europe’.