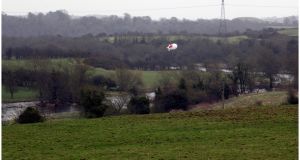 At €6 billion, the surprise in the capital allocation for road building in the Government’s investment plan is not what is included, but what is left out.

Missing from the plan are key road schemes, such as the €850 million Limerick-Cork motorway and the as yet unpriced 36km realignment of the N5 near Tulsk, Co Roscommon.

The provision for the Galway bypass appears to cover only the ongoing planning costs, along with a long list of regional road schemes that are not yet approved.

The main reason for the absence of significant new activity is contained in the allocation of €4.4 billion of roads funding towards “essential maintenance” - to ensure that the existing roads network has reached a “steady state” by 2020.

Funding is provided for the widening of the M7 motorway between Naas and the M7/M9 junction near Kilcullen, Co Kildare, on which preliminary work is expected to begin early next year, with the main construction contract getting underway about April 2017.

A further €600 million in the allocation relates to “ongoing development of the public private partnership (PPP) roads pipeline”.

Four PPP road schemes are mentioned, the first of which, the M17/M18, is already under construction.

The three others are the N17/18 Gort to Tuam scheme; the M11 Gorey to Enniscorthy scheme and the N25 New Ross Bypass.

The plan envisages the improvements will gather momentum in the last three years of the plan.

It also estimates that significant progress will have been made in tackling bottlenecks and pinch points across the road network by 2022.

Some €860 million will be set aside for new priority roads projects, including a proposed relief road around Mallow in Cork.

Key priorities in this regard include access roads to Grange Castle Business Park in west Dublin.

Outside the greater Dublin area, improvements have been promised to remove critical bottlenecks or upgrade inadequate sections of road at the Dunkettle Interchange; the N22 Ballyvourney to Macroom scheme; the N4 Collooney to Castlebaldwin scheme; the N5 Westport to Turlough road; the N56 Dungloe to Glenties Road; the N56 Mountcharles to Inver Road; the N59 Moycullen Bypass and a new bridge over the Garavogue River in Co Sligo.

A number of other schemes also targeting bottlenecks in the road network will be progressed, subject to planning.