The RNLI's Respect the Water campaign, warning people of the dangerously unpredictable nature of our seas and coastlines, will run across Ireland and the UK during the summer, through advertising channels including cinema, outdoor, radio and online.

The RNLI's Respect the Water campaign, warning people of the dangerously unpredictable nature of our seas and coastlines, will run across Ireland and the UK during the summer, through advertising channels including cinema, outdoor, radio and online. 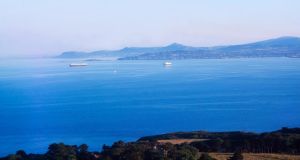 Dangerously unpredictable conditions in water and the impact of “cold shock” are themes of two hard-hitting film clips which the Royal National Lifeboat Institution (RNLI) is releasing on Thursday as part of a new drowning prevention campaign.

The two 60-second films are rated for audiences of 15 years and over, and will be screened in Irish cinemas over the summer months.

Another 33 drowning deaths were attributed to suicide, while 25 were undetermined and one related to an assault – giving a total of 114 deaths by drowning here in 2014, according to Irish Water Safety.

RNLI’s lifeboat crews rescued 1,133 people and saved 36 lives last year, and the organisation aims to halve the number of coastal deaths by 2024.

The first film, entitled Breathe is shown from the point of view of the casualty, played by an actor. The second film, also filmed from the perspective of the water, demonstrates how quickly conditions can change.