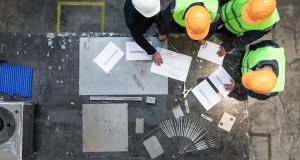 In 2019, more than 40 per cent of Engineers Ireland’s new members came from abroad, with most coming from Brazil, Portugal, Poland, India and South Africa. Photograph: iStock

Research by Engineers Ireland has found almost half of engineer organisations in Ireland are now targeting overseas talent, while nine out of ten leading engineer groups reported skills shortages as a barrier to growing their workforce.

In 2019, more than 40 per cent of Engineers Ireland’s new members came from abroad, with most coming from Brazil, Portugal, Poland, India and South Africa.

This work permit list was updated in January 2020 to include mechanical and electrical engineers “without specialist skills”.

Some 130 Brazilian engineers will gather at the Engineers Ireland headquarters in Dublin on Monday evening for an event targeted at attracting international engineers to work in the State as part of Engineers Week 2020. Further events targeting Indian and South African engineers are scheduled for late March and April.

Relying on overseas talent to drive key infrastructural projects is “not a sustainable framework going forward”, she added. “The supply of third level engineers graduates needs to ramp up to address the skills shortage that the sector still faces.”