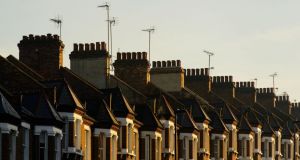 Some 140,000 people have had their salaries or pensions reduced at source for failing to pay the property tax. File photograph: Dominic Lipinski/PA Wire

Some 140,000 people have had their salaries or pensions reduced at source for failing to pay the tax. Revenue is targeting those who assessed the price of their property at a far lower level than guide values issued when the tax was introduced in May 2013.

Almost 250,000 homeowners declared their properties were worth more than €100,000 below the guide values the Revenue Commissioners had issued. It has recently begun to analyse valuations at street level to identify properties whose valuations are out of line with those of their neighbours.

If the authorities believe the amount declared does not reflect the property’s market value, homeowners face paying the tax at a higher level, including years of back tax.

To date, some 7,800 property owners have voluntarily revised their property valuations upwards. In many cases, this was done before putting a home on the market.

In Dublin, homes selling for more than 25 per cent of their declared values are required to provide evidence to substantiate their original valuation; the level is set at 15 per cent in the rest of the country.

Of more than 2,400 or so clearance applications so far, about one in five – or 450 – has been rejected. Overall figures, however, indicate the property tax has gained widespread acceptance. Some 96 per cent of homeowners have paid the tax, or ar in the process of doing so, this year.