Despite court ruling, some officials abhor how Angela Kerins was treated by committee 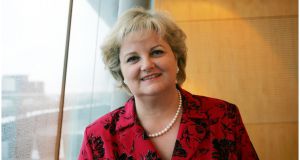 Angela Kerins: sought damages for the PAC’s conduct during its engagements with her in the course of its Rehab investigation. Photograph: Bryan O’Brien

In some ways, the Public Accounts Committee of the last Dáil was a lethal cocktail.

It counted among its members some of the most confrontational TDs of the 31st Dáil, dealing with legitimate concerns about how public money was being spent in the charity sector at a time of unprecedented economic crisis.

That committee, chaired by Fianna Fáil’s John McGuinness, did a lot of excellent work. Serious issues in organisations such as Rehab and the Central Remedial Clinic (CLC) were aired in a public forum that would otherwise have been unavailable.

The public was rightly outraged at what the committee, in tandem with HSE investigations, dug up on the charities sector.

Yet the suspicion that some of its members were as interested in self publicity as they were getting to the truth was widely shared in Leinster House.

There is no doubt that some of the questioning was extremely aggressive and strayed beyond acceptable behaviour.

Oireachtas officials were often left uneasy at its proceedings and people in all parties questioned if the committee was straying beyond its remit.

That feeling gave many in the Oireachtas cause for concern when former Rehab chief executive Angela Kerins sought damages for the PAC’s conduct during its engagements with her in the course of its Rehab investigation.

Some senior officials feared the Oireachtas was heading for a large payout, with members of the last Houses of the Oireachtas Commission, the body which runs Leinster House, openly speculating that it could touch the €1 million mark.

Others more in tune with the workings of the committee system believed the Constitution’s conferral of absolute privilege on parliament means Kerins was likely to fail.

Tuesday’s clear verdict proved the latter instinct correct and TDs from the last PAC – and many other deputies besides – were delighted and relieved.

The most aggressive TDs in pursing Ms Kerins and others investigated by that PAC were McGuinness, Shane Ross, since elevated to Cabinet, and Sinn Féin’s Mary Lou McDonald.

McGuinness said he was happy with the outcome and said the High Court judgement was “perfectly clear” about the separation of powers.

He said it was a good result for the committee system in general and defended the PAC’s approach to Kerins, describing it as “robust”.

Waterford TD John Deasy – who had raised concerns internally about how the PAC was conducting itself with regard to Kerins and Frank Flannery, the former Fine Gael strategist who is also a former Rehab chief executive – also welcomed the outcome.

“The entire affair was unnecessary and it should never have gone to court,” he said. “It became a battle between personalities and egos.”

McDonald also welcomed the judgment, and described it as a “significant decision”.

“It clarifies the right of members of the Oireachtas to act in the public interest and to do the job that we are elected to do.”

Ross declined to comment. Despite the outcome, some officials still hold an abhorrence for the proceedings of the last PAC, and speculated on Tuesday that a change to Dáil standing orders could provide a mechanism to moderate the behaviour of TDs at Oireachtas committees.

That is unlikely, since any changes to standing orders have to passed by the Dáil.

McGuinness rejected such an approach and said the High Court had vindicated the parliamentary committee system in its entirety. He is not alone in that view. TDs will not weaken their own rights.

The High Court has upheld the rights of parliament, and the Dáil is likely to take its victory to the bank.