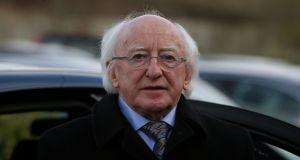 He said a contraction in the role of the State from public life occurred in recent decades, reflected in cuts for public parks, libraries and music performances.

“We have to provide for these for citizenship, irrespective of contractions in the economy, and I think you are going to see that thinking come to the centre,” he said.

Mr Higgins was in Galway for the 75th anniversary of Our Lady’s Boys’ Club, which he called a model of community involvement in its use of public space and facilities.