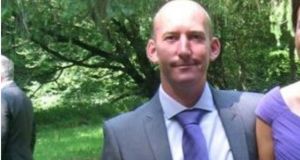 Patrick Wright, who lives in Portmarnock, Co Dublin, is described as 5’5” in height, of slight build with grey receding hair. Photograph: Deirdre Flynn 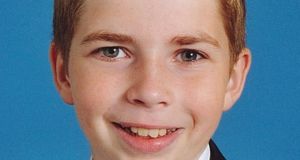 Elvinas Palubinskas was last seen at 9pm on Friday night when he left his local youth club in Cookstown, Co Tyrone.

The partner of a man who has been missing since Monday has appealed for anyone who may have seen his car, a 2004 silver Toyota Corolla hatchback, to contact gardaí.

Patrick Wright (39) was last seen leaving McDonalds in Blanchardstown Shopping Centre on Monday morning at 10.20am.

“If anyone has seen Pat or his car please contact us. He has to come home, he has to be found.

“If he is out there I would just ask him to please contact anybody, it doesn’t matter who, and just let us know he is OK,” Mr Wright’s partner, Deirdre Flynn, told The Irish Times.

Mr Wright, who lives in Portmarnock, Co Dublin, is described as 5’5” in height, of slight build with grey receding hair.

When last seen he was wearing a grey jumper with wine sleeves, ‘Stihl’ work trousers and black ‘Stihl’ boots. His car registration is 04 – WD – 2519.

Gardaí have traced the last signal on his phone to be within a 25 km radius of the Dunshaughlin area in Co Meath.

“He could be anywhere in north Co Dublin – Clonnee, Blanchardstown, Ratoath – places like that,” said Ms Flynn.

His family have also put up posters around Dungarvan in Co Waterford, which is Mr Wright’s home town.

“Every day you think today is going to be the day we find him. All of his family are just so worried. His safety is the most important thing to us,” said Ms Flynn.

Separately, police in Northern Ireland are searching for a missing 12-year-old boy from Cookstown in Co Tyrone.

Elvinas Palubinskas was last seen at 9pm on Friday night when he left his local youth club.

He is described as being slim with blonde hair and blue eyes. He has a scar on his left arm and an eyebrow piercing.

He was riding his black and grey bicycle to the youth club and it is thought he still has it with him.

Anyone with information has been asked to contact police in Magherafelt by calling 101.