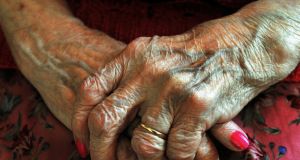 The Department of Health should develop feasible alternatives for health reform in the wake of the abandonment of the originally-favoured model of universal health insurance, the Department of Public Expenditure and Reform has said.

It said this analysis should include consideration of the level of healthcare resources the State required. The new proposals should then be presented to Government for decision.

It said the analysis should look at how services could be delivered, whether by means of direct provision by the State and HSE, outsourcing, support for private medicine or any other feasible models.

In addition, an outline should be provided “of how such strategies would then be implemented and merged into the existing health services and where the current inefficiencies would be eliminated or at least reduced”.

The department’s view on the matter was set out in a briefing paper prepared last month for the appearance of its secretary general Robert Watt before the Public Accounts Committee.

The department last week published the full memorandum for Government drawn up by the Minister for Health Leo Varadkar in relation to universal health insurance before taking it down from its website. Normally such documents are considered private for five years.

The department said its analysis was broadly in line with recent findings by the ESRI that the model of universal health insurance originally favoured by the Government would increase overall healthcare expenditure by up to 11 per cent.