Nóra Quoirin: Search for evidence near Malaysian resort ‘stood down’ 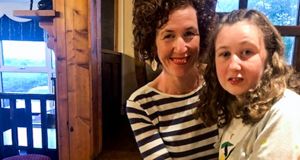 The search for evidence in the area where the body of Franco-Irish teenager Nóra Quoirin (right) was found is over, according to local media reports in Malaysia. Photograph: Family handout/AFP/Getty Images.

The search for evidence in the area where the body of Franco-Irish teenager Nóra Quoirin was found is over, according to local media reports in Malaysia.

Police are reported to have left the area around the Dusun resort near Seremban, and to be only planning to return if further information comes to light that necessitates their doing so.

Malaysia’s Star newspaper quoted Negeri Sembilan police chief Mohamad Mat Yusop as saying the search for forensic clues in the Malaysian rainforest had been stood down.

It said local police, as well as investigators from Ireland and France, had left the area where the 15-year-old’s body was found last week.

As speculation continued on social media about Nóra’s disappearance and death, Mr Mohamad told the Malaysian Insight: “I hope everyone will stop speculating and move on. I do not wish to comment on baseless reports published by certain media.”

“In 10 days, we deployed hundreds of rescuers, including several from our elite forces, K9 dogs, drones and helicopters. That was not all, a special team was assembled from the serious crimes unit and anti-vice unit,” he said. “We searched homes, looked into the background of criminals and took dozens of fingerprints from people close to the case. No foul play was found.”

The Lucie Blackman Trust, which is supporting the Quoirin family, has also urged an end to speculation on the case.

Local media also reported that a man had pleaded not guilty at a Kuala Lumpur court to intending to provoke a breach of the peace over a Twitter post alleging that Nóra was raped by indigenous Orang Asli.

Nóra, who had special needs, was found to be missing from the Dusun resort on Sunday, August 4th, the day after her family checked in for a holiday.

Her body was discovered last Tuesday by a group of hikers who had joined the search effort. She was found unclothed, near a stream, in a hard-to-access hilly area that had already been covered by the search-and-rescue operation.

The Quoirin family thanked the authorities in Malaysia for their help in investigating her disappearance and said they were “struggling to understand” the events surrounding her death.

“The initial postmortem results have given some information that help us to understand Nóra’s cause of death,” the family said in a statement. “But our beautiful innocent girl died in extremely complex circumstances and we are hoping that soon we will have more answers to our many questions.”

On Thursday police announced the results of a postmortem on Nóra’s body which they said established that “the cause of death was upper-gastrointestinal bleeding due to a duodenal ulcer complicated with perforation”. They said there was no evidence that Nóra had been abducted or raped.

The bleeding in Nóra’s intestine could have been caused by prolonged hunger and stress, Mr Mohamad said.

Neither the results of tests on forensic samples taken during the postmortem nor the results of the analysis of fingerprints found on an open downstairs window at the guest house from which Nóra went missing have been announced.

The family has not confirmed whether they have left Malaysia.