Q&A: From what’s the status quo with lending to when the new rules kick in 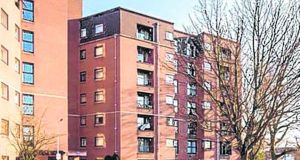 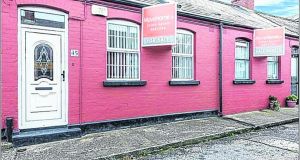 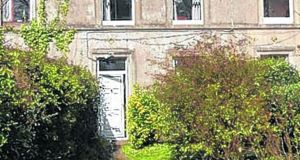 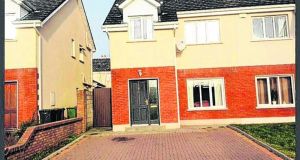 What’s happening with mortgage lending? The Central Bank has imposed lending caps on all banks and under the new rules banks will be able to lend only 80 per cent of the purchase price to a homebuyer – if they plan to live in the property. If they plan to rent it out, the lending cap is set at 70 per cent of the property’s value. Banks will also be prevented from issuing loans of more than 3½ times a borrower’s household income. If a mortgage application is being made in two names it will be 3½ times the combined salaries.

That sounds sensible, is it? It really depends on your perspective. If you are already happily ensconced in a property the proposals probably seem like a great idea and they should take some heat out of a property market where prices – in some areas – are starting to inflate at levels which are terrifyingly reminiscent of the bubble which did so much damage to the economy.

If, however, you are hoping to buy a home in the near future then you might not be so happy.

Why not? Up until today a would-be buyer could get a mortgage with a down payment of 10 per cent – or 8 per cent in some cases. The average cost of a home in Dublin – where prices are at their highest – is about €270,000 today.

So someone looking to buy in Dublin needed savings of €27,000 yesterday. Today they need savings of €54,000. And it takes a long time to accumulate savings of that magnitude.

How long exactly? If you can put aside €500 a month – on top of existing mortgage payments or rent – and have €27,000 saved, it will be 2020 before you have the rest of the deposit now needed to buy that averagely priced home.

I have never bought a house but my partner has. Where do we stand? You’re no longer a first-time buyer.

According to the Central Bank: “Where the borrower under a housing loan is more than one person and one or more of those persons has previously been advanced a housing loan, none of those persons is a first-time buyer.” What about second-time buyers? They might want to look away now, particularly if they bought between 2003 and 2008. Much of the attention in recent weeks has focused on how first-time buyers would cope in the new world order as envisaged by Central Bank governor Patrick Honohan. The cohort worst hit are second-time buyers who have only just managed to claw their way out of the swamp of negative equity. If you have a mortgage of €300,000 on a home worth €330,000 you have a potential cash lump sum of €30,000 to trade up. If you want to buy a home worth €400,000 you will need to save another €50,000 on top of your existing equity to make the move.

That sounds fair, is it? That depends. Allowing banks breach the stringent rules in 15 per cent of cases suggests people on the margins of loan acceptability will be able to buy a home, but a look at the numbers paints a different picture. Last year, 44 per cent of home loans were for more than the 80 per cent loan to value. With lenders allowed higher loan-to-value ratios in just 15 per cent of cases, a third of last year’s buyers would be blocked this year.

When do the rules come into effect? Minister for Finance Michael Noonan must first bring in new legislation and that is likely to happen before the end of next week. However, the Central Bank expects banks to start implementing the rules immediately.

I already have mortgage approval in principle, what will become of me? Relax: if the approval is based on a full credit assessment then the new rules will not affect your purchase.

If, however, you have been given a vague green light over the phone, in a branch or online, then it counts for nothing and you will come under the new rules.

I’m in negative equity but was hoping to move house. Am I completely stuck? No. It may sound counterintuitive but the rules won’t apply to anyone in negative equity and they will be able – in some cases at any rate – to add any outstanding balance after their current home is sold to a new loan. Anyone switching mortgages or restructuring a mortgages in arrears will not be covered by the regulations either.

Remind me again why these rules are being introduced? Banks used to self-regulate and while most banks have been models of responsibility in recent years, this has not always been so. At the height of the bubble some banks were offering people mortgages of more than 100 per cent of the value of the home and 10 times more than their annual income. And we all know where that got us.

There are very few houses in Dublin’s north inner city selling for the magic €220,000. Apartments are easier to find. One house, on St Joseph’s Place off the North Circular Road, is exactly €220,000. It’s a one-bedroom, renovated terraced house in what is said to be walk-in condition.

There are no houses and just three apartments in Dublin 6 selling for the first-time buyer’s 90 per cent ceiling of €220,000. One is in Ranelagh’s Willbrook House complex . The one-bedroom 37.5m sq apartment “will suit a wide range of buyers looking for an affordable property,” the agent says.

There is much better value to be had in Cork city than in Dublin and dozens of homes under the €220,000 ceiling are available. This 108m five-bed, terraced home over three storeys off the Douglas Road is described by the estate agents as “interesting” and in need of a “significant upgrade”.

Like Cork, Galway is comparatively well served by family homes for less than €220,000. This three-bed 104.5m sq house in the popular Knocknacarra area is said to be “in turnkey condition and would prove to be the ideal family home for those seeking access of Galway city”.