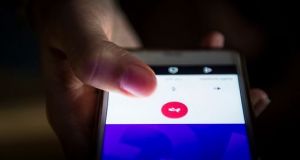 Unknown foreign numbers: Phone users have been urged not to answer or call unknown numbers with the prefix 00252. File photograph: Getty Images

Mobile phone operators have again urged customers not to return phone calls originating from unknown foreign numbers, after some users reported being caught out in a money-making scam.

The calls, which are understood to have started in recent days, may clear out a user’s credit or add large amounts to a monthly bill.

Users have been urged not to answer or call unfamiliar numbers with the prefix 00252, apparently from Somalia.

The common scam is known as Wangiri fraud.

Torlach Denihan of the Irish Cellular Industry Association (ICIA), an alliance of mobile phone operators under the banner of the business organisation Ibec, issued a general warning that customers should not return calls to an unknown foreign number.

ICIA says that if the call is legitimate, the chances are that the caller would call you back or leave a voicemail.

1 Coronavirus: ‘Significant increase’ in cases in Kildare, Laois and Offaly
2 Well-known figures in Irish soccer arrested over €3m heroin haul
3 How a ship abandoned by its owner brought deadly cargo to Beirut
4 Ireland faces ‘recurring waves’ of Covid-19, Minister warned
5 Masks Q&A: Who has to wear them in shops and what happens if you don’t?
Real news has value SUBSCRIBE