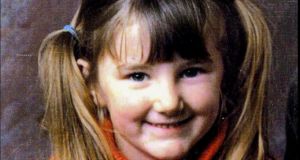 Two retired detectives have alleged there was political interference in the investigation of the missing child Mary Boyle.

Retired sergeant Martin Collins and former detective sergeant Aidan Murray said the chief suspect could have been prosecuted had a phone call from a Fianna Fáil politician not been been made to Ballyshannon Garda station during the investigation.

The allegations are made in Mary Boyle: The Untold Story, a documentary currently being broadcast on YouTube about the disappearance of Mary Boyle on March 18th, 1977.

The full documentary has been uploaded to YouTube and to date has been viewed 21,000 times. It was made by the investigative journalist Gemma O’Doherty.

The documentary alleges that the politician involved knew the chief suspect and also the now deceased superintendent Dominic Murray, the man who was in charge of the case.

Mary was last seen alive in the afternoon of March 18th, 1977. She was playing outside her grandparent’s home in Cashelard, Co Donegal, when she disappeared.

Aidan Murray said he and another garda interviewed the chief suspect in Ballyshannon Garda station.

He told the documentary: “At one stage when I was interviewing him, I said to him, ‘just tell us where the child is’. I got a little nudge from the inspector at the time to ease off a little bit and I did.

“I went out to get him a glass of water at the instruction of the inspector."

Mr Murray said: “The result of that phone call is that certain people weren’t allowed to be interviewed and it was all hands off. The sting went out of the whole investigation after that.”

Mr Collins, who was in Ballyshannon Garda station, when the phone call came through confirmed: “The gist of it [the phone call] was that none of a particular family should be made suspect for Mary’s interference.”

Ms Doherty said the killer was a sex abuser who wanted to cover up his activities. “Mary had a secret and because Mary was feisty, Mary would have told. Mary had to be killed to stop her from telling. I believe that Mary was sexually assaulted. That was the secret.”

Mr Collins said he had come to the same impression after years of thinking about the case. “Looking back on it over the years, I would say yes.”

He also warned that the killer, who is still alive, remains a danger to other children.

Ms Doherty is preparing a legal action to take to the European Convention on Human Rights alleging malpractice by An Garda Síochána and the government.