Gardaí are appealing for witnesses 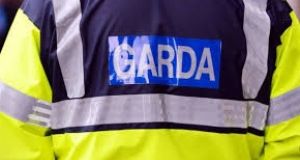 A man was injured following an incident on O’Connell street on Saturday afternoon.

The 18-year-old was removed to The Mater Hospital and is being treated for his injuries which are described as serious.

The suspect offender fled the scene and after initial enquiries by members gardaí, the suspect, aged 18, was arrested a short time later. He was taken to Store Street Garda Station where he was detained under Section 4, Criminal Justice Act, 1984.

He was released in the early hours of Sunday morning and investigations are ongoing.

Gardaí in Store Street are appealing to any persons who may have witnessed the assault on O’Connell Street, Dublin 1 on Saturday afternoon between 3.30pm and 4pm to contact them at Store Street Garda station, the Garda Confidential Line 1800 666 111 or any Garda station.