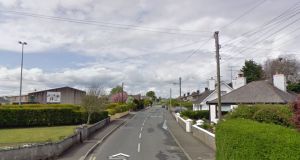 A man has been arrested over the stabbing of a 93-year-old at his home at Sandy Lane, Blackrock, near Dundalk. File photograph: Google Street View

A 30-year-old man has been arrested over the stabbing of a 93-year-old man at his home in Co Louth on Saturday afternoon.

Gardaí said the injured man remained in Our Lady of Lourdes Hospital, Drogheda where his condition was understood to be stable.

It is understood he received the stab injuries after what was described as an altercation with another male at the house at Sandy Lane, Blackrock, near Dundalk at around 2.50pm. His injuries are understood to be serious.

The man was initially thought to be in his late 80s but gardaí clarified on Sunday morning he was aged 93.

The 30-year-old man was arrested in the Dundalk area on Saturday night and was detained at Dundalk Garda station under Section 4 of the Criminal Justice Act, 1984.